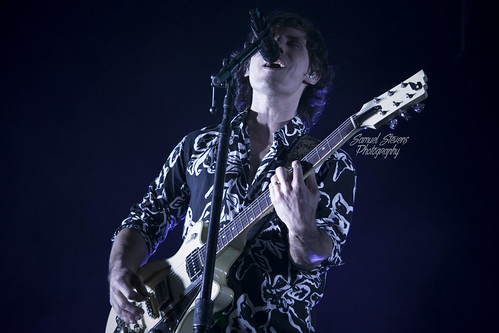 Here are the main music categories that you can find on XM satellite radio broadcasts:
The Decades – songs from the 40s, 50s, 60s, 70s, 80s, and 90s
Country – classic country hits are at home here, but you will also get a good share of new pop country and blue grass country.
Hits – this is for all hit lovers out there. Packed with Top 20 on Channel 20, the hits XM Radio channels also include some FM channels: KISS FM in LA or Houston’s Pop FM station, KMIX. You also get MTV and VH1 stations and if you’re in the mood for some popular love songs you can tune into The Heart and Lite channel. Another interesting channel is Cinemagic, where you will be able to listen to all your favorite movie soundtracks without being bothered by commercials. There are also two Christian rock channels and a classic alternative channel.
Rock – XM Radio features 10 commercial free channels dedicated to rock:
* Deep Tracks: classic and contemporary hits
* Bone Yard and XM Liquid Metal: the first channel goes with classic hard rock while the XM Liquid Metal plays hardcore metal.
* Fred: there is a lot of classic alternative music, some 80s alternative rock and punk music
* Top Tracks: classic rock tracks
* Unsigned: unsigned bands
* XMU, XM Café, the Loft, XM Music Lab: soft rock, eclectic rock and any other rock type that doesn’t fit anywhere else
Urban – rap and hip hop, both modern and from the 80s.
Jazz & Blues – 6 channels altogether out of which four are commercial free
Dance – techno and trance music rules here, but you also get some disco music
Latin – 5 commercial free channels of Latin, Spanish and Mexican hits.
International Music – 5 channels of music from around the world. You might find these five channels a welcomed break from all the music you are used to. Fresh music from around the world is presented daily.
Classical – classical music from both famous and less renown classical musicians. You get the XM Pops, XM Classics, Vox and Fine Tuning. As you would expect, all 4 channels are commercial free.
Kids – Radio Disney and XM for Kids. Excellent programs that will keep your kid busy and happy for a long time.
News – you will get Fox News, CNN Headline News plus other TV related news channels. They feature XM commercials.
Sports – you will get channels like ESPN Radio, ESPN News, Fox Sports Radio, Sporting News, NASCAR Radio. These channels cover most of the important sporting events in the United States but you can also get international sports news here.
Comedy – both family oriented comedy stiles and uncensored comedy bits. These channels are commercial free, which is really enjoyable.
Talk & Variety – there are different talk channels and shows that are really engaging, such as E! Entertainment Radio, ABC News and Talk, Buzz XM, Ask channel, The Power and Family Talk. However, these channels have plenty of commercial time which is a bit of a disappointment from a paid subscription service.
Variation and content

These are the things both XM Radio and Sirius are after. With over 100 channels, each provider is able to identify and target all the important age and social groups in the United States. When it comes to music, there are extremely specialized channels on XM Radio, so the consumer knows exactly what kind of music they will run into on that particular channel. The kids channels are pretty good and the sports channels are also ok. If you like to get your news TV style, XM Radio’s choice of channels is also interesting. The fact that commercials are present is not that bothering, as they are only allowed to play 6 minutes of commercials per hour. However, some of the music channels are kept 100% commercial free, which is good news for music fans who do not want their audition to be interrupted by intrusive commercials.