Why Does New Music Suck?

﻿Why Does New Music Suck? 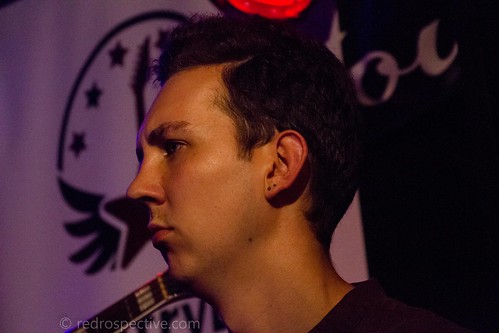 I’m not old, but I’m old fashioned. Or, maybe I just long for the good old days like those before me, and like those will after me. I’m certain the music that I grew up with was probably mediocre at best, and that it absolutely grated upon the ears of my elders. Styles, tastes and the definition of what is current and relevant are always changing with the times. And for older music fans, there is always a quiet war to stem the tide of what is popular – and, maybe more interestingly, what will be popular. The most obvious document of that battle are the Grammy Awards. While now they celebrate all forms of music, they were initially designed and developed to “award” excellence to certain forms of music, and ignore other kinds – namely that new style of song called rock and roll.

So, in risk of appearing old and crotchety, I will pose this question: why is there so much crummy music being released these days? Seriously.

Now, I know that the music that I like will be considered lame and awful by most people, and I understand that. But, for the sake of argument, let’s assume that I know everything and that I am right. There are many factors that have led to the decline of the quality of music that is being released. It could be as simple as the artists being signed are just not as talented, innovative or intelligent as artists and groups from the past. There’s just no source of creative inspiration to really tap into – and that lack of resource shows in terms of the music being produced. It’s just there, and maybe that’s a reflection of the artist.

It could also be that today’s music-buying public do not have the attention spans that are required to listen to a finely crafted song or a well-though out album. There is such a bombardment of entertainment choices and options, and so little time to digest and enjoy them all, that something simple, catchy and requires not too much thought is the only way to go. One brilliant song, surrounded by filler, and you have a top selling album. But, even that argument can be quelled. Because more and more people are apt to simply download their favorite songs on their own and avoid the rest, there is no need to create a great album if only the hit single is going to be listened to.

In the old days of tapes and records, the hit songs were sometimes purposely placed in the middle of the tape or record. That forced listeners to locate the hit songs by fast forwarding or rewinding. And the listener would maybe found another gem of a song that they otherwise would never have located and discovered.

Maybe musicians aren’t taking their craft seriously anymore. It’s hard to concentrate on crafting a quality record when you have to film the reality show, design the clothes, remember your lines in the movie cameo and lend your voice to your video game. Today’s music artists – or the popular ones – now consider themselves businesspeople or entrepreneurs rather than artists and musicians. The music itself is now simply a division of Artist X international.

I know I am probably coming across as old and lame, and that I believe all music should have ended after Robert Johnson passed away. But, here’s something that sometimes puzzles me: let’s assume that EMO music is the most popular style of the day. All the top songs on all the important hit lists are EMO songs done by EMO artists. If EMO is so popular, then why is it that the most popular concerts and tours are done by older, classic groups and singers?

I should probably shut my ears and listen to oldies for the rest of my life.