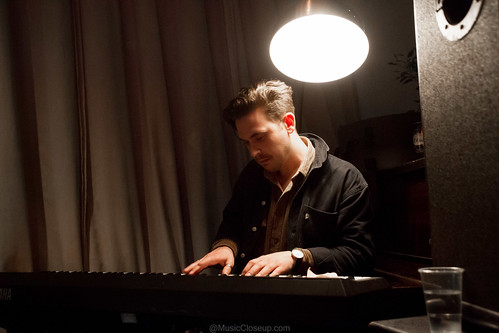 There will be music played throughout the day at your wedding. Some areas you will want to remember to arrange music for include the period of time as the guests begin arriving at the ceremony venue, special music for the recessional and processional, special music as the wedding party signs the marriage license, some music for after the recessional is complete, music while guests arrive and begin mingling at the reception venue, background music during the reception dinner, any music for the formal reception presentations, and finally the music you will be dancing to.

For each of these choices, you will have to decide if you want to go with a live band, a DJ, a mix of your own music, or a combination. Most people decide on a combination, with each area getting a different treatment.

As guests enter the ceremony venue, music is best handled by having an organist or a pianist playing songs as they enter the main auditorium. This is by no means concrete, and you may also choose to just have a CD playing in the background.

For the processional, you may again choose between live music and recorded music. The processional should be mainly instrumental, and there are many songs to choose from. Most processional songs are ones that are originally recorded using instruments only, and are often classics such as the popular Canon in D.

The musical selection should change with the entrance of the bride, and though “Here Comes the Bride” remains the most popular choice for the bride’s walk, many brides are beginning to select their songs as an illustration of their individual tastes. Again, the song choice should be one that does not include words in the original writing.

As the bride and groom and others sign the marriage license, most weddings will include a special number by a live singer or group and some accompanying instruments. The song choice should reflect the emotion of the moment, as two lives are joined together in harmony by free will.

The recessional offers a great opportunity to choose a fun song that reflects a festive mood as well as the tastes of the couple. The recessional represents the moment that the couple is first introduced as being married to the public, and there will often be clapping and cheering. Have some fun with the moment- some songs that I have known couples to choose include “Winnie the Pooh”, a punk version of “Earth Angel”, “Rock the Kasbah” and “Oh, Boy!” by both Buddy Holly and MXPX.

At the reception, you will want to make sure you have a sound system set up that is suitable for your chosen music. There should be music played as guests come in and during dinner, as well as any planned performances during the formal program. After the program, it is time for the music to be turned up and the dancing to begin.

The bride and groom should pick the music for both their first dance together and the second dance, which will be with the parents. These song choices are totally up to the discretion of the couple.