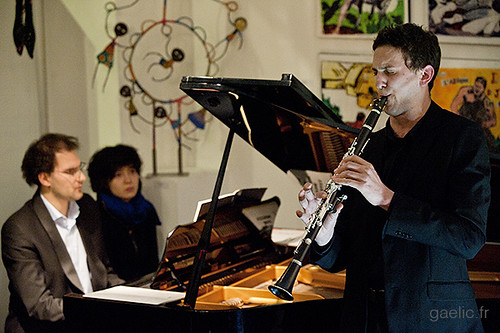 If you’re a music buff, or even maybe just the average Joe, you know that having music in your car is essential. There are some people who have managed to let being “music-less” pass, but for those who take long drives or just can’t simply stand being alone in their car in utter silence, being without a radio is complete torture.

This is pretty understandable, but with technology today, you don’t really have to have a kickass entertainment system to be entertained with music. Some people would just use their MP3 players to while the time away. But if you are driving, this can get pretty dangerous. In the case of vintage car owners, restoring their vintage radio doesn’t only provide them with entertainment, you have to consider that most vintage car radios operate on the AM frequency level, but they also complete the original vintage car aura.

There are some people who restore vintage and classic cars and would just let the frame stay the same, but would change the engine and all other components with what is available in present day technology. This is fine and dandy, if that’s what you are into. But for vintage car purists, there is nothing quite like full original restoration.

Not only would these purists spend countless hours scouring for original parts for their engine, look for wiring diagrams for their electrical, but they would also restore their seats, frame and even their vintage radio. Even though the type of radio used before can only receive AM transmission, can’t play tapes or CD’s or MP3s, having a radio that compliments the entirety of the vehicle can make wonders.

Besides, vintage cars are not really restored to be used as everyday cars. As a matter of fact, most of these cars are sparsely used. They are mostly taken for short rides and generally entered into vintage car shows. So you don’t really have to install an expensive stereo system. In fact, vintage cars that have been fully restored to their original glory command a higher price. They mostly win car shows and are a great source of pride.

If you have a vintage car, there is a possibility that you have a Philco car stereo system. Widely used in the vintage car era, these tube type stereo systems mostly receive AM signals and have provided great entertainment and information to their owners.

Fortunately though, if you have a vintage car that you’re restoring, and if it has a vintage radio by Philco, then looking for a vintage Philco car stereo repair company wouldn’t be a problem.

There are numerous websites which you can go to that are still able to fix a vintage Philco car stereo. Some people would think that because their vintage Philco car stereo system is over 8 decades old, there is no hope for it anymore. But contrary to this, there are still some people who are able to fix different types of problems with this stereo system.

All you have to do is to make a thorough search in the internet. It is fast and trouble-free. Make sure though that you find companies that specialize in this type of systems. A vintage Philco car stereo repair doesn’t have to be a hassle.