Top of the Pops Before Hitting the Shops

﻿Top of the Pops Before Hitting the Shops 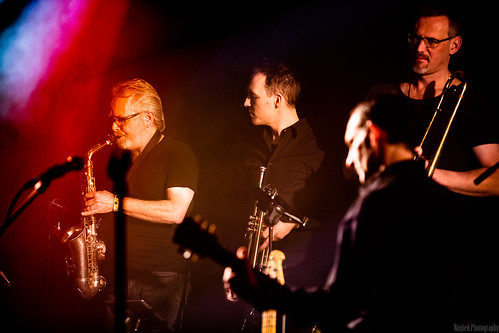 ‘Crazy’ by Gnarls Barkley made history by becoming the Number One song in the United Kingdom’s singles charts without one CD being available in stores. Over 31,000 legal downloads were compiled after the song was featured on BBC’s Radio One.

Among other things, that would rank the song right up there as the ultimate impulse buy.

To be accurate, ‘Crazy’ won this distinction because of a recent amendment to the British music industry’s rule that a song’s download couldn’t count against its sales until it became available in stores. However, the point has been made that, just as digital discs replaced tapes and records in personal music consumption, the torch has now been passed to digital transfers.

PC World noted this eventuality in its January 2006 issue, noting that music download sales tripled in 2005. That accounted for six percent of the music industry’s sales for the year, impressive in that it also signifies a dent in the number of pirated tracks. Figures released by the International Federation of the Phonographic Industry — the authoritative source — revealed a tally of $1.1billion in download sales during the year.

Gnarls Barkley’s digital achievement came just over a month after another cyber-landmark was attained. The billionth download in iTunes history occurred in late February 2006, when a Michigan teen ordered Coldplay’s ‘Speed of Sound’ for the sum of 99 cents. That price is yet another reason why singles — almost eradicated by the trend toward albums in the 1970s — are back, and in a big way.

And to think that the music industry spent the early years of the Cyber Era trying to deny, or at least discourage, its existence.

Perhaps finally realizing that such a tactic didn’t work for blacksmiths at the turn of the last century, the recording moguls — albeit grudgingly — sought to learn from the new technology. The key to their success to date is their seeming awareness that their objective is to find their niche in the cybermarket, rather than attempt to dominate it. Granted, it’s a mega-niche, but the industry apparently accepts that it will no longer be the lone gateway between artist and consumer.

Retailers, for example, are beginning to capitalize on the social aspects of music purchases. There will always be teens, and congregating for music is a long-standing trait of theirs. When it’s in the malls or on Main Street, the major chains are preparing to offer kiosks where downloads can be purchased on-site. With their vast inventories of stock, these stores present an ideal means of searching for songs, sampling them and then sharing opinions, which perfectly describes the normal buying habits of both teens and tweens (ie- the 9-to-12 set).

Verizon is on the front lines for the mobile niche of music retailing with its VCast technology. This service transforms the wireless phone into a portable music player by synchronizing music already stored on the user’s PC. It can also be used to buy new songs or albums from the Verizon Wireless music catalog, which is accessed via cellular phone or PC.

Quality of sound for music downloads continues to improve exponentially, which further increases the attractiveness of downloads. FXSound is on the cutting edge in this respect with its critically acclaimed DFX Audio Enhancement package. Compatible with virtually every major music platform, from MP3s to Internet radio, DFX is trumpted as “the first plug-in to make truly professional-quality audio processing available to Internet audio users.” They do this by restoring the full range of frequency harmonics, thus creating the auspices of a high-end home music system. Its effects are amazing.

Where Gnarls Barkley has gone, legions will follow. Cyber-dominance in the music industry is now a hard fact, so the real top has yet to be popped.