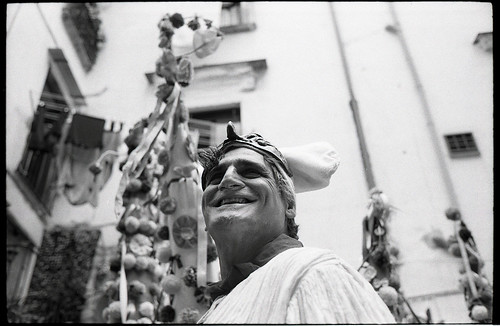 Radiohead are that rare thing: a band that has maintained is artistic freedom over the years, despite being signed to a major label – and a band that has constantly developed. This week’s article looks at the story of how Radiohead got to where they are today, and hopefully you can take a few tips so that you can make it the Radiohead way.

The band formed back in 1986, when they were at school. Originally called “On a Friday”, they played their first gig in 1986, at the famous Jericho’s Tavern in Oxford. However, when the members left for university, “On a Friday” was put to one side, and it wasn’t until 1991 that they reformed, and started playing again in Oxford.

At the time, Oxford was becoming a haven for independent musicians. Ride were gaining a national reputation, and by 1992 were playing all the major venues across the country, and Supergrass had just formed, playing the local venues, on their way to international stardom. Radiohead benefited from being part of the local scene, and the early 90s were ideal for indie bands.

It was then that they became Radiohead, and they started releasing demos, including the magnificently-titled “Magic Hedgehog Demo”. These self-funded demos were sent out to local venues, industry figures, record companies, etc., and started the band’s road to success. Gradually, through hard work and persistence, they became very well known on the local scene – appearing on the front cover of a local indie music magazine, and playing regularly around Oxford.

Record companies began to take interest as the buzz grew around Radiohead, and it was EMI who were first to pounce, taking the band on their Parlophone subsidiary. In 1992, they released their first single, “Creep”, which barely registered on the British charts, but gained them significant interest with the music press. The indie music magazine NME, for example, made it their single of the week, and with the backing of the independent music press, the band had momentum.

They released their first album, “Pablo Honey”, in the middle of a period that saw British indie music enter a darker phase. The album was given a lukewarm reception by the music press, who had so appreciated Creep. However, the public took to the album very quickly, and its success meant that the band soon went to tour the States. The pressure on the band meant that they almost split up, and as the album became more and more successful, the band felt that they needed more artistic freedom.

And this is where “The Bends” comes into it. Generally recognised by music critics around the world as one of, if not the best album of the 1990s, “The Bends” was the product of a band’s desire to go it alone and to produce something extraordinary. Hiring a new producer who allowed them to do what they wanted, they released an EP (My Iron Lung) before the release of their second album, and went on to provide more musical depth than in their previous album.

Riding on the success that was Britpop, “The Bends” was a huge commercial success, far more edgy than the pop-rock of “Pablo Honey”. Lead singer Thom Yorke had become an idol for many indie music fans across the world, and Jonny Greenwood’s unique guitar style had already become iconic. From their origins as a young unsigned band in Oxford, they had gone international, gaining success in the States, which not many British bands manage.

Although Britpop inevitably helped the band succeed, it also cut short the longevity of other bands. Those that managed to change and adapt when Britpop became passé remained successful, but there were plenty of bands who couldn’t change, and soon fell by the wayside.

Radiohead’s attitude after “The Bends” was to explore new avenues, and the release of “OK Computer” saw the band in a more sombre mood. Many saw it as a natural progression, and saw it as a much better album than “The Bends”, while others felt alienated by the band’s progression from the pop-rock of their first album.

The band’s recording techniques also changed. They decided to keep away from traditional recording studios, after several bad experiences, and actually recorded most of the songs for “OK Computer” at Jane Seymour’s 15th century mansion near Bath! By moulding their settings to fit the characteristics of the band, they immediately improved their recording experience. Blending rock sounds with more ambient, technical sounds, the album shot to number one across the world.

With Britpop dead, it was a few years before Radiohead surfaced again. Having detached themselves from the scene, they now became a “word of mouth” band with an enormous fanbase across the world. Music events were organised through the internet, with very little advertising required, and tickets were near impossible to come by. The band seemed reclusive, and were close to splitting up, with Thom York on the verge of depression.

The release of “Kid A” in 2000 shocked both fans and industry alike. Stripping down the guitars, the album was at first difficult listening – electronic, cryptic, synthesised, and with no stand-out tracks at all. It almost seemed as if the band were sticking two fingers up at the world, but it just went to show how brave Radiohead were in their musical direction. After several listens, Radiohead fans grew to love the album, and equally so with the quick follow-up “Amnesiac”. The albums blended electronica with jazz and ambient music, but maintained Radiohead’s lyrical hooks and character.

Again, the albums were given very little advance warning, and very little advertising. It was another case of the word-of-mouth buzz that Radiohead had been building up over the years, and with such a loyal fanbase, Radiohead are the perfect example of a band that has done all the hard work, sent off the demos, and gone from the top of the local scene to the top of the international scene.

After the release of “Hail to the Thief”, which was hailed as a return to the guitar-based indie of “OK Computer”, the band is today recording again, and Thom Yorke is about to release his own solo album, and live performances of new Radiohead songs show them back in “The Bends” territory.

So, did Radiohead “make it” differently from any other band? Well, probably not, if you look at it – they started off by gigging locally, making their reputation in their hometown of Oxford – and you could say that they were helped by two factors – the rise of Oxford bands in the early 90s, and the rise of Britpop bands in the mid 90s. After gaining their reputation, they kept up the hard work, and the most important thing is that they never stood still: no Radiohead album is like the previous one, making them one of the most innovative and interesting bands around. The internet fanbase is another interesting factor, as Radiohead were probably the first band to really use the internet for their promotion, as opposed to traditional channels.

If you want to make it the Radiohead way, then, get yourself known locally, and most important: never stand still.