The New Formula for Success in the Music Business

﻿The New Formula for Success in the Music Business 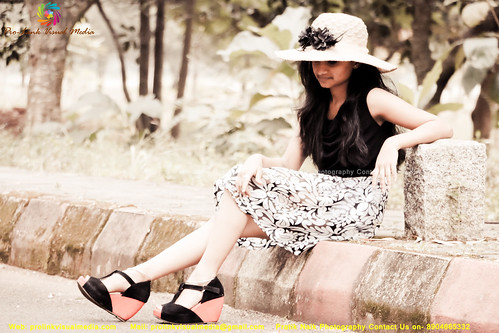 Hardly anybody in the music business understands that the old formula of how to successfully promote a new act is obsolete. The record companies are all aware that there is a big problem but they have no idea what the solution is. What they do understand is that they are unable to recoup their investment in studio time with a good producer, the cost of a good video, the advertising budget, and the cost of the first promotional road tour from the profits on a first hit CD. An act must be capable of repeating and sustaining their initial success in the studio in order for a record company to make a profit because the necessary investment has increased dramatically. Ever since the mid 1990’s the record companies have become painfully aware that there are no acts containing songwriters who can keep on writing more hit songs. All the new acts since the mid 1990’s have one, two, maybe three good songs at the most, and any person who’s purchased a CD since that time will testify to that. The record companies also know that MP3 downloading on the internet is a factor that has negatively affected their profits. Put that together with their inability to find sustainable new acts and you have the two main reasons why so many record companies are losing money. The ones that are not losing money are the ones that have a library of popular artists from the past who continue to sell. The record companies now understand that the internet is the new communications medium, it’s here to stay, and they are all trying to figure out how to take advantage of it. Their pattern has always been to watch the numbers, analyze the trends, and then try to jump on board and ride the wave for as long as it lasts. If I told them what the answer is to the problems they face, they simply wouldn’t know what to do with the information.

The new formula for success is to have the right factors in place first, and then to use the internet’s full potential to bring the artist to the attention of the entire world.

Step 1: In order to create a hit record it is necessary to have a hit song. So what is a hit song? It’s a song that is so blasted catchy that after hearing it one time people cannot get it out of their minds and they will spend money to own the CD. The best producer cannot produce a hit record without having that kind of raw material. My old friend Gary Kelgren said it best – “You can’t polish a turd”.

Step 2: In order to create a hit music artist on the internet, of course it is necessary to have one or more hit songs that have been properly produced, but it is also necessary to have a “hit web site”. So what is a hit web site? Obviously it’s one with thousands of “hits” per day but that’s not the point. The point is that in the same way that a hit song works for a listener, a web site must grab a net surfer’s interest within the first 5-10 seconds and hold their interest long enough for them to find the hit songs and listen to them. But it should also contain entertaining content for people to read and enjoy because a good web site is a much more complex form of entertainment. The best web sites are the ones that have great creative writing and cannot be digested in one sitting, so people will keep coming back for more entertainment. This kind of web site cannot possibly be designed by a web site design professional because real creative and entertaining writing is not for sale at any price. That means the successful artist of the future needs to be more than just a musician in order to take full advantage of the new medium because the web site needs to reflect the artist’s personal expression, and nobody can do that except the artist.

Step 3: Creative internet promotion. The new formula for success may not even require an advertising budget for proper promotion of the web site in order to achieve thousands of hits per day if the promotion is creative enough. But the two previous steps are absolute prerequisites for success in the new medium. A money-losing promotional road tour will be pointless and unnecessary until a large audience is developed by building an internet fan club and selling enough CD’s to warrant a road tour that will turn a profit.

The new formula also contains the potential for making the old costly distribution networks obsolete because purchasing directly over the internet could eliminate the necessity for retail mark-ups and thus maximize profits for all concerned. The Recording Industry Association of America has the correct statistics on what music is actually selling as opposed to what is being played on the radio and what the record companies are trying to market. They list The Beatles as the best selling act/artist of all time with 166.5 million albums sold in the USA alone. They list Elvis second with 117.5 million units sold, Led Zeppelin third with 106 million units sold, and the top 25 are dominated by classic rock acts including The Doors, The Stones, Pink Floyd, The Eagles and many others. I think it’s very significant that those statistics are becoming geometrically times greater than the number of albums that they sold during their performance lifetimes. What has happened and is happening is that the young people of today are discovering them in droves and buying their music. Traditionally, the record buying public has always been young people between the ages of 12-25 and those demographics have not changed. What this means is that the potential for profit in new classic rock and roll music is beyond calculation.