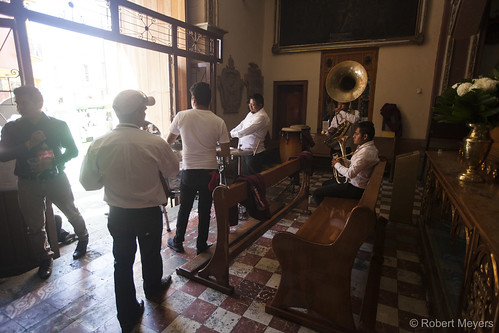 There are musicians out there playing every type of music ever made and once they come up with a sound that catches on, everyone in the industry tries to copy it. For this very reason it is vital that every musician knows about the process for getting their music licensed. This means they have the copyrights to the music they have created. If that music is to be used by someone else for advertising or in a movie they need to gain permission and generally pay royalties in order to get that permission.

Let me tell you a story about this musician I know who plays the violin. He found a contest of interest to him where he needed to compose a piece of music for a fast food restaurant. They wanted the material for an upcoming marketing campaign. He won $500 for his music with that contest, but it was only after the fact that he realized he should have had that music licensed.

The fast food restaurant make a fortune from the marketing campaign using his music. They also sold it to another company so they could use in a movie. My friend created the music but he never was entitled to a cent for the use of his song after that $500 prize due to the licensing requirements.

You need to keep these music licensing rights in mind when you are accessing music you don’t rightfully own from the internet or other source. Even if you make a CD for your friend from music CD’s you do own that is a form of piracy. This is because the music industry and the artists aren’t getting their royalties for that music, so in essence you are stealing from them.

The cost of legal fees to take care of charges of infringing on the music licensing rights of someone are too expensive to take lightly. There are also fines and jail time that could be attached to any sentence you receive as a result of such charges. It is legal to download and share music that is found without a license. Many new bands allow this in the hopes that their songs will get discovered. They have nothing to lose by you accessing their materials because they haven’t been offered a recording deal yet.