The Expansion Of Official Fan Forums On The Internet

﻿The Expansion Of Official Fan Forums On The Internet 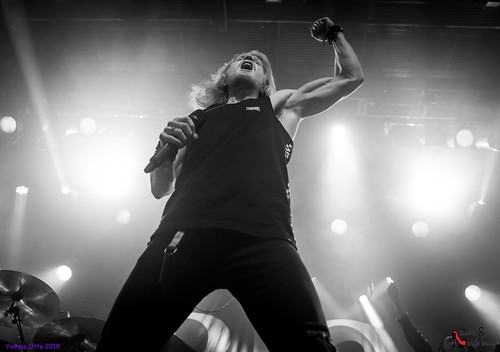 Take for instance, your Justin Timberlake. His record company has at least two sites: justintimnberlake.com and justintimberlake/uk.com. Those sites promote his latest record and provide the opportunity to download tunes to your iPod. The record company has also created an official justintimberlake site on MySpace, which is basically a copy of their web page. This is an example of a mainstream artist following the highly successful track established by independent bands who posted their music on MySpace as an outreach tool, an alternative to the broadcast radio outlets that ignored them.

Then there is the “official” site, not surprisingly named officialjustintimberlake.com. This site provides news; photos and video clips; a store selling DVDs, CDs, posters and the like; and a fan “forum” where Justin followers are invited to post comments and engage in discussion.

That button, however, takes you to a site called “Safe Searching – the Official Celebrity Network.” There’s not much about Justin there, and there’s a menu that will take you to other “official” celebrity forum pages complete with photographs that accompany the commentary.

That’s an example of a relatively benign attempt at “official” use of the Internet. Of course, the star in question also has a stack of other unofficial web sites dedicated to his career, and many of those have heavy inventories of photos and video clips, mostly from TV appearances. As an example of the value of these sites, MTV has positioned itself high in the Google search list as “the ultimate destination for content on Justin Timberlake, including music videos, live performances, interviews, etc…”

With this guy, it’s tough to get to the true fan sites. The first six pages of a Google search are all commercial sites like “celebrity.org” and “hollywood.com” along with poster companies, Amazon and other commercial outlets. Hollywood.com covers all bases: it’s a general site for the entertainment industry, an index for fan sites, and a host company for individual fan sites – that are sure to end up in their index. The commercial applications for the Internet in the entertainment biz can make one’s head spin.

Topix.net hosts forums for entertainment personalities, among other topics. Some of the posts there are highly critical of Mr. Timberlake. Those are not discussion points you’ll find in the more entertainment oriented commercial sites, but you’ll find many more postings on sites like Topix than on the media-heavy promotional sites.

A final example of Internet utilization with impact is the personal diary-type postings that you’ll find on the official sites maintained by many public figures. These posts connect the artist to the fan in an effective, personal fashion. NASCAR drivers do it, many musicians do it, and almost all of the teen stars use this outreach technique. To many impressionable teenagers, the entertainer is no longer an unreachable idol but a “friend.”