↓ Skip to Main Content
Home › Music › The Art of Music

The Art of Music

﻿The Art of Music 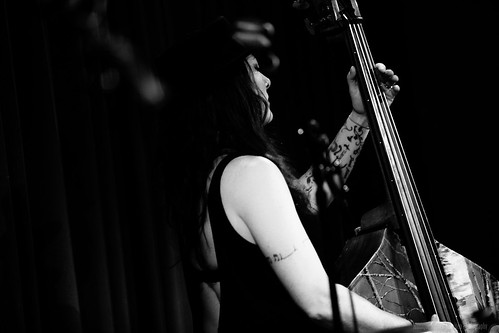 Music is the art of arranging sounds in periodic time so as to produce a continuous, unified, and evocative composition, as through melody, harmony, rhythm, and timbre.
It is also the vocal or instrumental sounds possessing a degree of melody, harmony, or rhythm. Music can also be when an aesthetically pleasing or harmonious sound or combination of sounds are produced example the music of the water falling from a tap in a vessel.
Most of the time music is kept in memory and performance only. If handed down orally, this music may be considered “traditional” or not considered composed by individuals. Different musical traditions have different attitudes towards how and where to make changes to the original source. If the music is written down, it is generally in some manner which attempts to capture both what should be heard by listeners, and what the musician should do to perform the music.
In most of the parts of the world music is a part of everyday life. Chanting and singing during religious rites and festivals are very common. Music as a performing art is very usual among Indians. It was also among the seventeenth-century New England settlers who used music during their religious observances by chanting psalms in the meeting house as an important communal activity.
By the end of the century psalm singing had become dissonant since worshipers could no longer read the musical patterns in the religious book. The right rendering of tunes was of lesser importance than religious passion so many ministers and musical refreshers, observed the teaching of musical notation to restore order in the community. Regular singing soon gave rise to the development of singing schools and the creation of music for secular entertainment.
The revolutionary war saw a flowering of musical creativity. Supporters of the American cause quite often changed the words of British songs, such as “Yankee Doodle,” to taunt their adversaries. The immediate post revolutionary cultural climate was one of optimism that Americans could create their own culture free of English influence.
In the 1850s, the call for an independent American music was heard again, this time from a composer whose New York lectures in the early fifties inspired an interest in the development of an American musical language. But the drive for cultural independence fell short.
With the wars came the marches and sentimental songs that spoke of home, wives, mothers and children became popular. Composers and entrepreneurs printed many of these. In the second half of the century, many successful American composers had studied in Europe and adopted the romantic style despite the ongoing arguments for an American music. Many men who earned their livelihoods as professors achieved respectability with works that bore considerable resemblance to similar pieces being composed in Europe at the time.
In the end of the century, major orchestras came up in New York. Smaller communities observed performances by local bands, which reflected the popular taste for dances, marches, and synchronizing excerpts. The troupes moving throughout the country, performed combined comedic episodes, scenes from Shakespeare’s plays, dancing, and minstrel songs performed in black face.