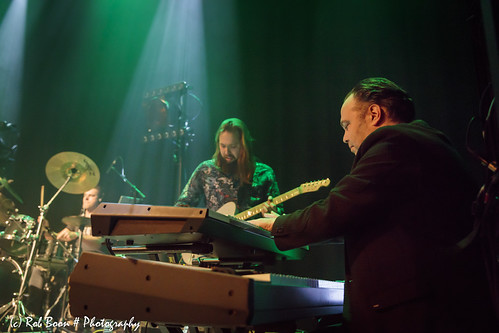 I’m sure there have been times where you feel like you just can’t write ANYTHING. It’s like, the more you force it out the less you seem to create. And then when you DO finally write something — ANYTHING (a chord, a lyric, a melody or even just a scratch of an idea) you automatically reject that because you think it’s a crappy one.

I’ve had those days …in fact I still do.

I call it ‘lack of inspiration’.

But, I do a few things on a weekly basis which totally rejuvenates my creative thinking. And these things are only a few incredibly simple (and often fun) tasks which to be honest, everybody does on a weekly (or DAILY) basis. But, they totally work.

Here I’ll list three of my TOP ways on how I get inspired to write songs again and again.

These may be simple, but doing them will surely re-charge your creativity again and again.

Go To the MOVIES Once a Week

The drudgery ways of everyday life can take it’s toll almost on a monthly basis. This is why I like to get away for a a few hours every week to a place where it’s almost out of touch with the daily reality I go through.

I’m of course talking about the movie theater …or the Cinema. And it doesn’t matter what movie it is … that’s irrelevant.

Going to see a movie is incredibly inspiring. It’s not just the movie itself, it’s the atmosphere. It’s the experience. Grabbing a pack of nachos and a bag of popcorn along with a soft drink, the posters all around you promoting the next ‘big movie’, and then of course there’s the movie itself — which quite often takes me into ANOTHER WORLD.

And this is my point exactly. GOING to the movies IS like going to another world. It’s a place that’s almost out of touch with reality because of all the stuff I mentioned above. Remember, everyday life is the ‘norm’. There’s nothing made-up or surreal. It can get extremely boring and mundane.

But the movies is different. Without you even knowing, you’re getting inspiration pushed in your brain …just like a beautiful sun setting into the night without notice. You don’t realize it until the day (or two) after, but the inspiration is there just waiting to be used.

Talk To Somebody NEW Once a Week

This isn’t as easy as it sounds for most people (unless it’s in your line of work to meet new people every week) but this is where you gain the MOST ‘real’ insight from ‘real people’.

You can meet new people everywhere. For me, there’s always somebody new at the gym, library, bar/club or music gig.

This is almost like the opposite of going to the movies. It’s the hardcore reality that people share with you that you’re after. But it’s not so much ‘what they say’ but more ‘how they say it’.

As you have probably noticed, in general people love to tell anecdotes and talk about themselves. As somebody who writes songs, you can use these mannerisms to your advantage. Put yourself in someone else’s shoes when they’re talking to you. Take mental notes of any repetitive statements they might make.

What do you remember most about the person? What stands out? What impression are you left with? Make a mental note of these things. You can then either fictionalize, exaggerate or minimize this information to write your own lyrics. It’s powerful stuff.

Listen to AT LEAST ONE New Artist/Band Every Week

Now what I mean by that is, listen to ONE song from ONE new artist or band each week.

The idea is to hear something fresh and to stay on top of the songwriting scene.

I love artists/bands like Sting, Elton John, Beatles, Prince, Coldplay, Nirvana, and many, many others …( I love ALL sorts of music) BUT, my point here is that these people are not releasing records every week.

So as much as we’d love to hear music that we already like, we must embrace the music scene on a weekly basis — otherwise we’ll easily become out of touch with how certain things are shifting and shaping up.

So when we listen to new material from a brand new artist, we want to listen out for how THEY are creating their songs. Listen to the way they structure their words, their melodies and their chords. Listen to how their songs are produced and arranged. What’s different? What’s new? Do you hear something you’d like to incorporate in your own songwriting?

If so, then grab these idea’s with both ears and start including them into your songwriting arsenal. The idea here is NOT to copy what they’re doing …but rather integrate the idea’s you find interesting into your own creativity 🙂