Robert Leroy Johnson..The King of the Delta Blues Lives on! 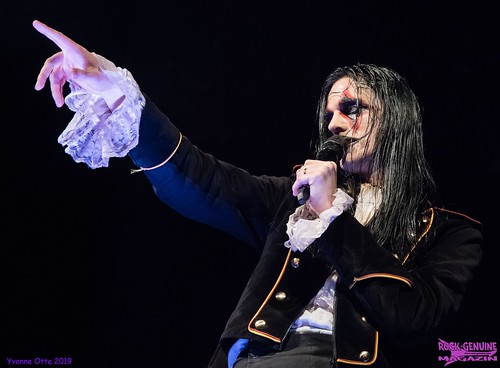 Probably the most enigmatic Singer and Guitarist of the twentieth Century is now one of the most revered and respected of all Musicians who make up the Genre of the “Blues “. I speak of course about the wonderful Robert Leroy Johnson. Born in 1911 in Hazelhurst Mississippi, in a Deep South plantation, he, in his pitifully short life has become one of the founding Fathers of the Blues.

He recorded only 36 sides over a period of a couple of months between November 1936 and June 1937 in San Antonio Texas .These remarkable recordings still bring tears to the eyes of Blues aficionados the world over and shaped the face of the music of today.

The post-war Blues of Chicago owe a great debt to Robert Johnson and it is sad to think what might have been had he lived! In just a few short years he matured from a young black guitarist into a superstar of his day .The often repeated legend was perpetuated by his contemporaries that he sold his soul to the Devil in return for his amazing guitar techniques.

His story is one of hardship tinged with great success in his own locality of the Delta and women were said to be rendered helpless as he sang his compositions. His death at the hand of a jealous husband at the age of twenty seven robbed the world of one of Americas finest ever Musicians and Blues artists.

Years after his death in 1938, a photograph was unearthed, one of only two in existence. It shows not only his inimitable style of dress but quite remarkable slender fingers which helped him to achieve his unique mastery of the bottleneck guitar technique. He is pictured in a chalk–stripe suit which would have been somewhat overstated for a man in his position at that time .When I first saw that photograph the one thing above all else, that stood out were his beautiful long fingers that enveloped the guitar fingerboard and obviously caressed it as though it was a Woman helpless in his arms!

What about his subject matter… well nothing much has changed in the passing of time; the age old, painful process of unrequited love; of restless yearnings to move on down the line to pastures new; to unfaithful liaisons; and of course much sexual innuendo .

Robert Johnson’s skill as a poet of the time and place is absolutely unsurpassed in my estimation! For sure he borrowed words, phrases, and guitar licks from his peers, but moulded them into something quite unique that not only stands the test of time but has a relevance to today’s Rock music.

There cannot be any Blues Band on this Planet that has not been influenced by Johnson and his music and this is a testament to the greatness of the man! The list of recordings of Johnson’s songs by modern artists is endless and forms the backbone of the resurgence of the Blues in the early sixties in Britain and continues to this day! Most of the long lasting Bands of the R,n,B revolution of 62, 63, and on into the seventies have recorded several of Roberts songs. Notable amongst these would be The Rolling Stones, John Mayall’s Bluesbreakers, Cream, The Allman Brothers Band, Led Zeppelin, Eric Clapton, Elmore James, and many more. Johnson’s songs transcribed particularly well to the new Electric guitar line-ups of the fifties and on into the sixties. Probably one of the most popular of his songs, which I can’t imagine anyone not having heard in a modern format, is of course Crossroad Blues.

This song was recorded live at the Fillmore in San Francisco in 1968 by the great Eric Clapton and his two buddies, Jack Bruce on bass and stickman, Ginger Baker .This song also featured in Cream’s farewell concert at the Albert Hall in London in 1969. I doubt whether Johnson envisaged this treatment of his song when he wrote it or that his poetry would one day be the cornerstone of the Blues Revival of the Sixties.

It is a poignant end to his story that the great impresario John Hammond, who later went onto sign –up a young Bob Dylan in 1962, was just too late when he searched for Robert to appear in the momentous concert at Carnegie Hall in 1938. Robert Johnson was dead but his spirit and his music will live on for ever in the hearts and minds of the lovers of the music we call THE BLUES .