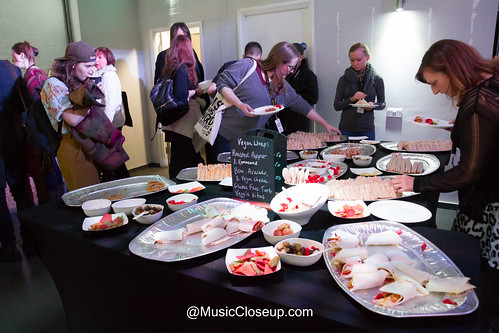 A quick Google search will produce countless articles trying to understand the popularity of ‘ringtones’; hundreds of bloggers waxing lyrical on the benefits of personalising their cell phones. Interviews with “experts” profering sexy theories about ringtones and identity construction lend an academic seriousness to the Crazy Frog phenomena. The figures are pretty serious too, in the U.S.A. alone, the Yankee Group predicts, ringtones will be worth $500 million. That’s roughly the GDP of Fiji.
Obviously our cell phones needs a voice, but does that voice need to be a polyphonic adaptation of ‘Living on a Prayer’?
The latest figures indicate that young people are the greatest consumers of mobile music. According to one UK survey, 15-24 year olds account for 80% of ringtone spending. Studies by Nick Anderson of Sussex University show that young people are far more aware of the “brand personalty” (the particular identity affiliated with certain brands) than older generations. Anderson suggests that teenagers can deduce a person’s character, likes and dislikes, by their branded possessions. Considering the amount of branding in the music industry, it’s not unreasonable to say that popular musicians have their own “brand personality”. So, your 50 Cent ringtone, for example, communicates not only a your taste in music, but also your compliance to the whole ‘Fiddy’ meme. Ultimately, for brand savvy youth, this says something about your personality, which, you hope, everybody within earshot understands.
If a cell phone rings in the woods but nobody is around to hear it, are you still down with 50 Cent? Ringtones are about personalization, and about public performance. The publicness of the ringtone is an integral part of its appeal. It’s unlikely that anyone would have a ringtone on their landline. In a noisy urban soundscape like the city, silence is an anomaly. Personalised ringtones are simply another irritating sound in the hullabaloo. Most of us manage tune out the sounds imposed on us: muzak, hawkers, traffic, the O’Reily factor, so why try and impose yet another squawk? Perhaps the ringtone is the audio equivalent of territorial pissing; thirty seconds in which YOU pick the soundtrack. For a few moments when your cell phone rings the 50 Cent meme is the most powerful in the sonic environment. Where “Fiddy” is relatively redundant as a social force, certain ringtones allow citizens to demonstrate their dissatisfaction or support of a cause. Independent radio station WFMU have created a variety of anti- George W. Bush ringtones available for download, while engadget.com allows users to choose their preferred presidential candidate ringtone. Condemning other commuters to several cycles of 50 Cent, the theme from ‘Star Wars’ or a Dubya quote demonstrates your individual tastes and allows others distinguish you as either nemesis or brethren.
In our efforts to relieve poverty, impede environmental disaster or cure the global AIDs epidemic, ringtones are totally and utterly useless. When it comes to enforcing the myth that every individual is special, the artificial uniqueness of a personalized ringtone is just the ticket. Paradoxically, this demonstration of individualism is only really effective in a crowd. As far as this writer’s concerned the real purpose of ringtones lies in their ridiculousness. A recent gathering of sensible adults turned to hilarity thanks to an improvised game of “Name that tune”. Using Foovely’s ringtone preview function, those gathered took turns choosing snippets of songs for the party to guess. Recognising a song in 30 seconds is SO much harder in monophone!