Ringo Starr – One Of The “Fab Four” Returning To The Stage

﻿Ringo Starr – One Of The “Fab Four” Returning To The Stage 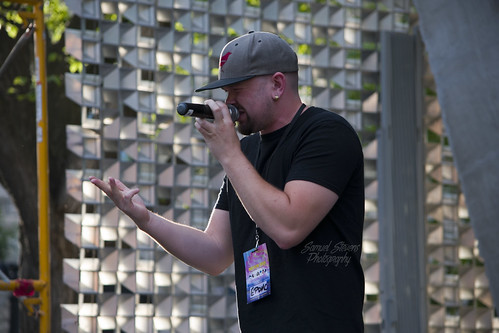 If you call roll for true icons of rock and roll, it wouldn’t take long to come to Ringo Starr, who’s been thrilling crowds all over the world for decades. Ringo’s legion of fans will be thrilled to know that the living legend is returning to the stage this summer with tour stops all over North America. Ringo’s musical writing and performance have captured the hearts and ears of millions of people from several generations, and a look at his life will show how he came to be as revered as any musical figure in history.

Early Life – A Tale of Struggle

Starr was born Richard Starkey on July 7, 1940 in Liverpool. Starr’s life was one wrought with obstacles, beginning when his parents separated when Ringo was a toddler. His mother remarried and Ringo grew up with his mother and eventual step-father in a working-class suburb of Liverpool.

Aside from family struggles, Starr also faced and conquered early health issues. When he was six, he suffered from appendicitis. Further complicating matters, his appendix burst, and the resulting peritonitis left him in a coma for ten weeks. Doctors gave him little chance to survive, but survive he did, and he was nearly recovered when another disaster hit. Ringo fell out of his hospital bed after six months of recovery and had to remain there for another six months.

As a result of these medical problems, Starr was seriously behind academically, and could not read or write when most children his age already could. His attitude towards school was never positive, and Ringo was known to play “hooky” quite often. These academic problems were part of the reason Ringo was eventually drawn to music.

When Starr was 13, he was dealt another medical blow when he was diagnosed with pleurisy, and he had to spend two years in the hospital as a result of this ailment. By the time he got out he was 15, and so far behind in school that he gave up the thought of ever returning at that point.

Starr took a series of dead-end jobs, as his career ceiling was quite limited because of his lack of academic progress. It was at this time that he discovered an outlet for his creativity – music.

Starr became enraptured with Liverpool’s Skiffle craze in the 1950’s, and in 1957 he started his first band, The Eddie Clayton Skiffle Group. In 1959, he joined The Raving Texans, and earned his nickname because of the number of rings he wore regularly and to sound more “Texan” as part of his new group.

While performing with The Raving Texans in 1960, Starr met a little-known group called The Beatles in Hamburg. The Beatles eventually replaced their existing drummer, Pete Best, in 1962, and chose Ringo as their replacement.

Legends in the Making

Obviously, this turned out to be a pretty good career move for Ringo. For the next eight years, Ringo collaborated on several albums that remain some of the best sellers of all time. The Beatles were not only a musical, but also a cultural phenomenon, and each member of the band enjoyed fame and fortune beyond most people’s imagination. Starr was not only the drummer for the band, but also helped write many songs and sang lead in several smash hits.

In 1970, The Beatles broke up and Ringo went right to work on his solo career. He released two albums that same year, and has produced 12 more since. Ringo released 11 singles that made the US and UK charts. Starr also spent time with Ringo Starr and His All-Starr Band, a loosely grouped band of all star musicians who spent time touring together. All in all, Starr’s solo career has been a resounding success.

When you add it all up, Starr has truly been a star. He won a combined 22 Grammy Awards for his work with the Beatles, Ringo Starr and His All-Starr Band and his solo work. He has sold millions of records around the world, and in 1988, he was inducted into the Rock and Roll Hall of Fame.

If you love music, you most likely enjoy the work of Ringo Starr. Take advantage of the opportunity to see him live this summer.