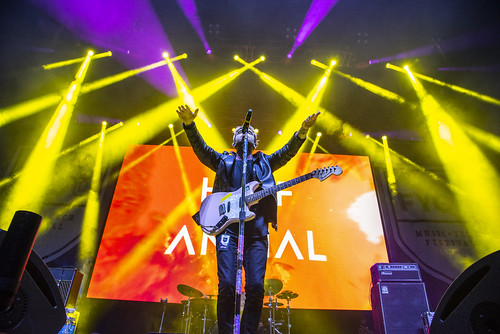 With the overwhelming success of “American Idol,” it’s no surprise that Americans penchant for singing out loud is at an all-time high. It’s also no shock that other networks have rolled out game shows where singing takes center stage. The difference is that “Don’t Forget the Lyrics!” and “The Singing Bee” aren’t searching for a singer who will break through the Top 20 Billboards. They’re simply giving homegrown singers the chance to win money by knowing the lyrics to songs. As the tagline for “The Singing Bee” says, “You don’t have to sing well – you just have to sing it right!”

Contestants on NBC’s “The Singing Bee” must sing the lyrics to songs once the band stops playing the music. There’s no middle ground – either the contestant gets the lyrics exactly right or they’re out of the competition. Those competing on FOX’s “Don’t Forget the Lyrics!” can win $1 million if they can precisely fill in the missing words to ten different song lyrics. A live band and words projected on the screen act as a kind of karaoke player – until the music stops and the lyrics disappear.

That both shows were breakout hits this summer speaks to the notion that this new form of karaoke is taking the country by storm. After all, very few people can become a music superstar, but the prospect of memorizing song lyrics is within the reach of virtually everyone. Fans attest to the addictive nature of this television genre, and unapologetically admit to singing along at home.

Because of shows like “Don’t Forget the Lyrics!” and “The Singing Bee,” the sales of karaoke music players have surged. But the days of music players and microphones that you hook up to your television that play karaoke CDs are numbered as fans are looking for smaller and more portable karaoke players. In fact, karaoke MP3 players are emerging as one of the hot new gadgets in the marketplace.

When compared to traditional karaoke music players, these MP3 players offer several advantages. The primary advantage is that fans can download all of the latest music and don’t have to wait for popular songs to come out on karaoke CDs. If they want to sing to the Top 20 Billboards, it’s no problem. In addition, these iPod-like players are imminently portable, making them extremely popular among tweens and teens. Gatherings of friends are becoming songfests, with each person trying to out-sing the next, without messing up the lyrics.

The new sing-along shows are an immense hit, and the new MP3 karaoke players are ensuring that fans never forget the lyrics!