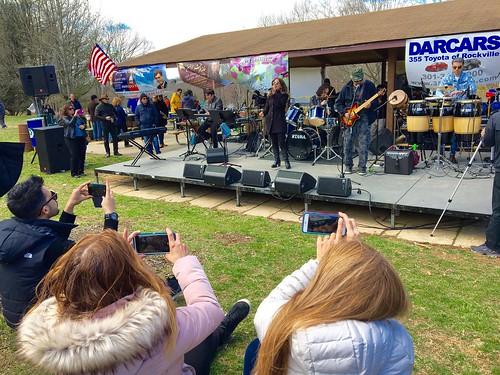 As we continue our look at ‘naked vinyl’ album cover art, let’s explore two other companies who capitalized on the fad and what has transpired since.

In the last article, we discussed two West Coast record labels that were prolific and utilized ‘naked vinyl’ to sell their record albums. Not to be outdone by their counterparts, many East Coast record labels followed suit. None were more successful than the Davis and Que record labels and both of them focused on saucy songs and risqué nude cover art. Davis, in particular, had a cavalcade of stars that would churn out ‘double entendre’ songs that had been popularized on the Vaudeville stages. In fact, the owner of the label, Joe Davis, also wrote some of the songs and brought talented entertainers to the genre as well as a classic line of album cover art. The Que record label produced more of the same material, but the records were dubbed as “sexucational,’ with songs and stories to inform the uninitiated.

In 1967, it seems that the attitudes about ‘naked vinyl’ had changed over the years, being replaced by peace, love-ins and flower children. When Jimi Hendrix released his album “Electric Ladyland,” that featured Jimi surrounded by naked and buxom beauties, it created quite a stir. The cover was replaced, but the genre did not go away altogether, rather it was replaced by pop-art covers, psychedelia and slender, beautiful European women who would grace various covers from a multitude of musical genres.

Maybe the fad had run its course; the gimmick wasn’t nearly as popular by the end of the 60’s. But, now instead of getting coarse comedy, stag party specials and often quality music to accompany the ‘naked vinyl’, instead it became an avenue and a tool to release terrible music, by not so talented musicians; all packaged in a sexy cover and priced to sell.

Foreign music from Italy, France and Germany and other countries flooded the market with substandard music, but they all had one thing in common-‘naked vinyl ‘covers. Cover versions and greatest hits compilations were hastily recorded and rushed to press, all including that special feature that the record companies knew the public would enjoy, never mind the music. In the 1970’s, the ‘easy listening’ music boon was in full swing, full of Hammond organ medleys, smoochy-sax covers of pop hits and ear-bending violins destroying popular classics. Artists such as Gil Ventura, Klaus Wunderlich and the ‘Latin Lounge Lizard’ covers of Robert Delgado were all cashing in on the fading fad.

In addition the 70’s saw an exotic extravaganza of foreign music that the public would probably have never have gotten to hear, sans the ‘naked vinyl’ album covers. Mysterious countries all of a sudden were thrust into the music spotlight, from Borneo to the shores of South America and Africa. No country or culture was excluded. From the erotica landslides of misguided music of traditional song, all merged with native naked women in exotic poses that were happily hawking the substandard music.

In the late 70’s, another phase of ‘naked vinyl’ came in the “disco era.” The Ohio Players released a wonderful erotic series of ‘almost’ nude cover art. Sexual innuendo on the form of an album cover was not lost with the disco ‘divas’ “Silver Convention,” whose cover for their album called “Save Me” created waves. Their frontal nudity of “Discotheque Volume Two,” not only features their big hit of the era “Get Up and Boogie,” but a startling cover of a handcuffed female. Blended in with a list of steamy, seductive songs, the cover grabbed audiences’ attention as well as their eyes.

But as the disco era closed and the 70’s drew to a close, society seemed to tire of the market and album cover nudity was no longer a mainstream wonder. Album cover artists and record companies all left sex to the imagination and returned to the safe images and cover art that was G-rated. With the advent of the compact disc, album cover art was led into the annuls of music history and pretty much became a non-issue. But, there have been some historic naked album covers since then. Let’s explore a few.

Leave it to John Lennon to create a stir, he was a master at creating controversy and knew how to draw media attention to whatever he was doing. In 1968, Lennon and Yoko Ono released their album called “Two Virgins,” with the front cover displaying a full-frontal nude image of them. The back cover showed the same image, but from behind. They were forced to replace it (they sold it in a brown paper wrapper) and copies of the album were impounded as obscenity in some jurisdictions.

The rock band Blind Faith had a cover that pictured a topless pubescent girl in 1969, and the U.S. record company had it reissued with an alternative cover showing a photograph of the band. The Scorpions actually had two “naughty” covers that caused a stir, 1976’s “Virgin Killer,” also featured a topless young girl and was replaced with a photo of the band. In 1979, the band released “Lovedrive,” with a man and a woman in the back seat of a car. The woman’s chest is exposed and the man was pulling bubble gum off of her breast and the album was repackaged.

But the band Jane’s Addiction got it right when, anticipating trouble, released the 1990 album called “Ritual de lo Habitual” with two covers. One cover, which featured singer Perry Farrell’s artwork (male and female nudity), was released along with a ‘clean’ version of the cover with the text of the First Amendment of the U.S. Constitution, that promotes free speech.

All we can ask is where was the censorship in the heyday of ‘naked vinyl’ album cover art? Now pop artists, rappers and rock and rollers can sing and say anything they want on a record. You can turn on the radio and hear the “Frankie Goes To Hollywood” sexual number “Relax,”, but god forbid you show any nudity on an album cover.

But all is not lost for the lovers of ‘naked vinyl’ cover art, as the 90’s and beyond have seen album cover art and specifically ‘naked vinyl’ return as record companies and designers are not afraid to use the human body to sell music. Vinyl is back, with the public demanding the format as well as the album cover art that accompanies it, no matter what the format, because as we have all learned; sex sells.