Music Fans And The Internet Converge And Flourish

﻿Music Fans And The Internet Converge And Flourish 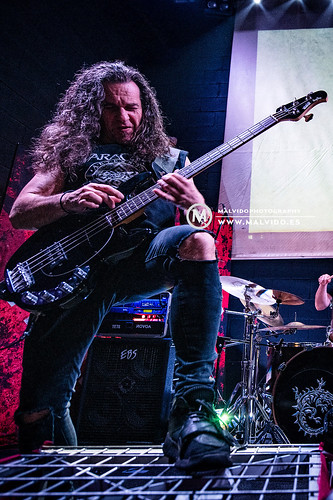 Virtually all established music artists maintain web sites – or their record company does it for them. Some use them as a personal connection for fans, by providing periodic blog entries. It’s a tool to sell a few CDs from past years, announce show dates and provide some connection for the fans. There are also hardcore fan sites, especially for veteran bands like the Rolling Stones and Aerosmith, who have assembled twenty five or thirty years worth of fans. True also for musicians who have been gone for a long time; you can find many sites for Elvis and others for ground breaking rockers like Eddie Cochran and Buddy Holly.

Many of the newer acts maintain web sites, but virtually all of the emerging musicians who are aggressive use multiple resources on the web. The biggest online phenomenon in the music business has been the emergence of MySpace and, to a lesser extent, other social networking sites such as Pandora and Pure Volume. For some bands, MySpace has supplanted the need for a personal website.

By the end of 2005 more than 600,000 bands were using MySpace to upload songs and videos, announce shows, promote albums and interact with fans. The reason? There are 50 million potential fans on MySpace, and many of them use the site to search for new music as well as established acts. MySpace has acted on the remarkable marriage of music, listeners and their web site by starting a record label.

Established acts like Nine Inch Nails and Madonna, Wheezer and Depeche Mode have previewed albums and videos on the site, prior to releasing them. MySpace Music is a prime convergence point for bands and fans. The lead singer for Dashboard Confessional believes that MySpace is what drove the band’s success, leading to their record contract.

What sets MySpace and similar sites such as Pure Volume apart from the web presence of established music powers like MTV.com and Rollingstone.com is the inclusiveness inherent in a social networking site. All artists are welcome on MySpace, from Christian rockers to death metal thrashers. Also important is the format: everything on the site is linked to something else. Click on a user’s image and you’re sent to a profile featuring pictures, blogs, personal interests and links to cyber pals and bands. Keep clicking and you’re sent to more profiles and search results.

The regional rock act Coppermine out of Brooklyn is an example of the promotional power of MySpace. Jonathan Buck, guitarist and lead singer of the group says his band’s profile on MySpace has drawn nearly 300,000 visitors. The band can instantly distribute messages and news to more than 115,000 MySpace users who have added Coppermine as a “friend” on their profile. With that network in place, Coppermine no longer has to devote time and money to flooding radio stations with CDs or plastering concert posters around town.

Record labels understand that the Internet is the most effective promotional and communications device out there. Radio is more constrained; formats are fewer and the consolidation in the radio industry has reduced airplay to safe, established acts. When’s the last time you saw a video on MTV, or at least a complete one? The Internet and its social networking sites have become the source of choice for both music and music videos for millions of fans.