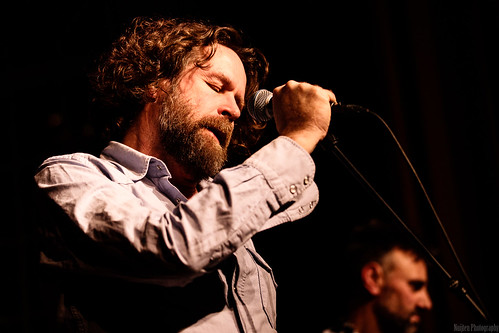 Fiona’s break into the music industry came when a friend, who babysat for a record executive, handed her employer a demo. Fiona’s rich contralto voice, piano skills and lyrics got the attention of Sony Music executive Andy Slater, who signed her to a record deal.

In 1996 Fiona’s debut album, Tidal, was released by a subsidiary of Sony. The album was hugely successful, going on to sell 2.7 million copies and it was certified three times platinum in the U.S. “Criminal”, the fourth single, became Fiona’s breakthrough hit. The song reached the top forty on the U.S. Billboard Hot 100 and garnered a great deal of attention, in part because of the controversial Mark Romanek-directed music video.

In 1999 Fiona’s second album, When the Pawn…, was released. Its full title is When the Pawn Hits the Conflicts He Thinks like a King What He Knows Throws the Blows When He Goes to the Fight and He’ll Win the Whole Thing Fore He Enters the Ring There’s No Body to Batter When Your Mind Is Your Might So When You Go Solo, You Hold Your Own Hand and Remember That Depth Is the Greatest of Heights and If You Know Where You Stand, Then You’ll Know Where to Land and If You Fall It Won’t Matter, Cuz You Know That You’re Right. The title is a poem Fiona wrote after reading the readers’ letters that appeared in Spin after an article had cast her in a negative light in an earlier issue. The title’s length earned it a spot in the Guinness Book of Records.

When the Pawn… used more expressive lyrics, experimented more with drum loops but it did not fare as well commercially as her debut. The album did go on to become RIAA-certified gold and it sold 920,000 copies in the U.S. The album’s lead single, “Fast as You Can”, reached the top twenty on Billboard’s Modern Rock Tracks chart and became Fiona’s first top forty hit in the UK .

Fiona sang with Johnny Cash on a cover of Simon and Garfunkel’s “Bridge over Troubled Water” that ended up on Cash’s album American IV: The Man Comes Around and ended up being nominated for a Grammy Award for “Best Country Collaboration with Vocals”.

Fiona’s third album, Extraordinary Machine, was submitted to Sony executives in May 2003. Sony was reportedly unenthusiastic about the finished product, and the project was shelved for over two years. In 2004 and 2005 tracks were leaked on the Internet and played on U.S. and international radio; subsequently, MP3s of the entire album went online. A fan-led campaign, Free Fiona, was launched in support of the album’s official release.

In August 2005 the album was given a release date for October. Extraordinary Machine became the highest-charting album of Apple’s career in the U.S. on its release (debuting at number seven) and was nominated for a Grammy Award for “Best Pop Vocal Album”. It was eventually certified gold and sold 462,000 copies in the U.S. , though its singles failed to enter any Billboard charts.

Fiona went on a live tour to promote the album in late 2005, and from early 2006 supported Coldplay on their tour of North America .

Fiona recorded a cover of “Sally’s Song” for the special edition release of the soundtrack, released in 2006, for the Tim Burton-produced film The Nightmare Before Christmas. In May 2006 Apple paid tribute to Elvis Costello on VH1’s concert series Decades Rock Live by performing Costello’s hit “I Want You”; her version was subsequently released as a digital single.

Fiona is scheduled to tour through the U.S. with the band Nickel Creek in mid-2007, after which she will begin studio work on her fourth studio album. Fiona Apple will be going on tour soon and it is suggested that you buy Fiona Apple concert tickets from a ticket broker like BarrysTickets.com to get premium seats.