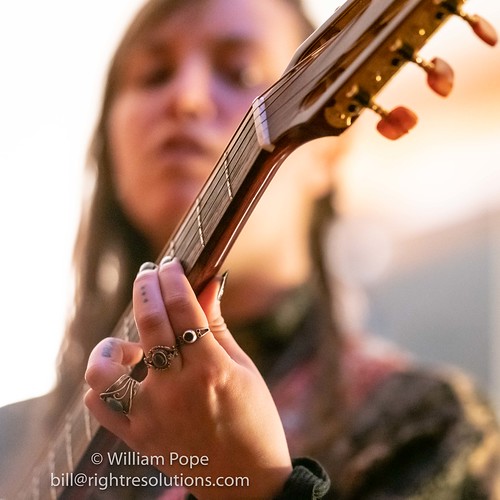 The Dave Matthews band is made up of Matthews, Stefan Lessard, Leroi Moore, Boyd Tinsley, and Carter Beauford. The group is best known for the unmistakable sound that is a more pop-oriented version of the Grateful Dead crossed with the worldbeat explorations of Paul Simon and Sting. Dave Matthews built up a strong word-of-mouth following in the early ’90s by touring the country constantly, concentrating on college campuses.

In addition to amassing a sizable following, their self-released album, Remember Two Things, sold well for an independent release, and soon, they were attracting the attention of major labels. Quickly after the release of their independent album, The Dave Matthews Band signed with RCA and they released their major-label debut, Under the Table & Dreaming, in the fall of 1994. By spring of 1995, the record had launched the hit single “What Would You Say” and sold over a million copies.

A year-and-a-half after the release of Under the Table & Dreaming, the record had sold over four million copies in the U.S. alone. In April of 1996, the Dave Matthews Band released Crash, which entered the charts at #2 and quickly went platinum. Throughout 1996, the group toured behind Crash, sending it to double-platinum status. Also in 1996, Dave Matthews launched an attack on bootleggers in conjunction with the Federal Government, targeting stores that were selling semi-legal discs of live performances. The efforts of Matthews, his band, and his management resulted in an unprecedented crackdown on bootleggers in early 1997 — with nearly all of the major foreign bootlegging companies placed under arrest by the United States .

To further combat the bootleggers, Dave Matthews released an official double-disc live album, Live at Red Rocks 8.15.95, in the fall of 1997. It was an unexpected success, debuting at #3 on the charts and selling a million copies within the first five months of its release. The live record paved the way for the April 1998 release of Before These Crowded Streets, the group’s most ambitious album to date.

Another live effort, Listener Supported, followed a year later. Summer tours also packed the late ’90s, with sold-out shows across the U.S. The new millennium, however, saw the band back in the studio with Glen Ballard to record its fourth studio album — Everyday, released in February 2001. Although popular, it was overshadowed by rumors of a darker album recorded with Steve Lillywhite in 2000 but ultimately rejected. The band did eventually choose songs from the session, did some re-recording of others, and released the results as in July 2002 as Busted Stuff. Its debut single, “Where Are You Going,” was also featured on the soundtrack to the Adam Sandler flick Mr. Deeds.

The Dave Matthews Band was back on the road in 2004, and also released more live material. In early 2005, they launched a website that featured progress reports on their next album in the form of video footage, diaries, and soundbites. When the flawed Stand Up finally appeared in May, it was the band’s first album of all-new material since 2001’s Everyday.

The year 2007 found Matthews and Tim Reynolds touring Europe and then America . A new record is also planned for late 2007-early 2008. On July 7, 2007, Dave Matthews Band performed on the American Live Earth concert at Giants Stadium.

Dave Matthews Band will perform a free concert for the Virginia Tech student body and faculty on September 6, 2007. Joining them will be John Mayer, Phil Vassar, and NaS.

The 2007 Dave Matthews Band Summer tour has included the unveiling of a number of previously unperformed songs (“#27”, “Corn Bread”). The 2007 tour also saw the resurgence of a number of fan favorites such as “Sweet Up and Down”, one of the few songs not reworked off of the band’s defunct Lillywhite Sessions, as well as “Shotgun,” an unrecorded song unveiled in 2006, which despite its popularity among the fan base, was once rumored to have been permanently shelved by the band at the completion of the 2006 Summer tour.
Buying Dave Matthews band concert tickets from a ticket broker is recomended as tickets will go fast.