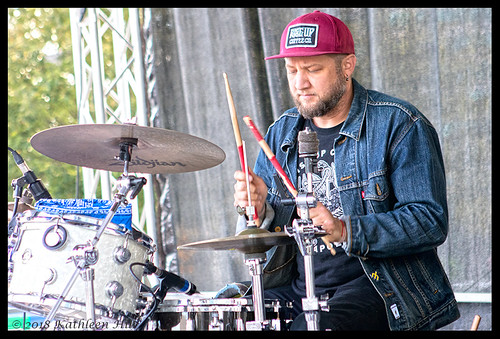 Beyonce and childhood friend Kelly Rowland went on to form the core of the female supergroup Destiny’s Child. After singing at local events, the girls got their break when they entered Star Search. The group, then named “Girl’s Tyme”, were disappointed after losing the competition but were eventually signed to Columbia Records in 1996.

Destiny’s Child rose to fame in 1998 with their Platinum-selling debut album Destiny’s Child which was produced by Wyclef Jean and Jermaine Dupri and featured the double Platinum number-one single “No, No, No Part 2”.

The group’s second album, The Writing’s on the Wall, released in 1999, featured two number-one hits: “Bills, Bills, Bills” and “Say My Name”. “Bug a Boo” and “Jumpin’ Jumpin'” were also popular singles from the album. It went on to sell eight million in the U.S. and twelve million copies worldwide. Furthermore, the group won two awards at the 2001 Grammy Awards: “Best R&B Performance by a Duo or Group with Vocals” and “Best R&B Song”.

Their following album, Survivor, proved to be another big success, going to #1 on both the U.S. Billboard 200 and the Top R&B/Hip-Hop Albums. The title track, “Survivor”, earned the group their third Grammy Award, “Best R&B Performance by a Duo or Group with Vocals”.

In 2001, Beyonce won the “Songwriter of the Year” award from the American Society of Composers, Authors, and Publishers Pop Music Awards. She is the first African-American female and second overall female songwriter of all time to accomplish this.

In 2003, Beyonce released her debut solo album, Dangerously in Love. The album entered the Billboard 200 at number one selling 317,000 copies in its first week. It was certified Platinum just three weeks later on June 22, 2003. Its first single, “Crazy in Love” featured a guest rap from Jay-Z and it rapidly became one of the biggest hits of that summer.

Dangerously in Love went to the top of the album charts in the UK , Canada , the Netherlands , Germany , Greece , and the Philippines . The album has sold over four million copies in the U.S. and over eight million copies worldwide. When her single and album simultaneously topped the main charts in both the U.S. and the UK, she became the first act to achieve this feat since Men at Work in 1983 and The Beatles, Simon and Garfunkel, and Rod Stewart in the 1960s and 1970s; she is the first and so far the only female artist to do this.

At the 2004 Grammy Awards ceremony, Beyonce won five Grammy Awards for her solo effort, and only three other female artists hold this record: Lauryn Hill, Alicia Keys, and Norah Jones.

On June 13, 2005 it was announced that Destiny’s Child would disband after their world tour ended in September 2005.

At the 2006 Grammy Awards, Beyonce won a Grammy in the category of “Best R&B Performance by a Duo or Group with Vocals” for the song “So Amazing”, a duet with Stevie Wonder from the Luther Vandross tribute album So Amazing: An All-Star Tribute to Luther Vandross.

Beyonce’s second studio album, B’Day, was released worldwide on September 4, 2006 and on September 5, 2006 in the U.S. to coincide with the celebration of Beyonce’s twenty-fifth birthday. In its first week, the album sold more than 541,000 copies in the U.S. , immediately coming in at number one, making it her highest first-week sales as a solo artist. Currently, the album has been certified triple Platinum in the U.S. for shipments of over three million copies. The album has had worldwide success selling 5.3 million copies worldwide.

On December 6, the nominations for the 2007 Grammy Awards were announced, and Beyonce received five, of which she won “Best Contemporary R&B Album”. Beyonce has currently been on tour for her latest album B’Day and will be touring the U.S. until the end of September. Beyonce is to go on tour soon it is recommended that you buy Beyonce tickets from a ticket broker as tickets will go fast.