Many Support Causes That Show Troops They Care

﻿Many Support Causes That Show Troops They Care 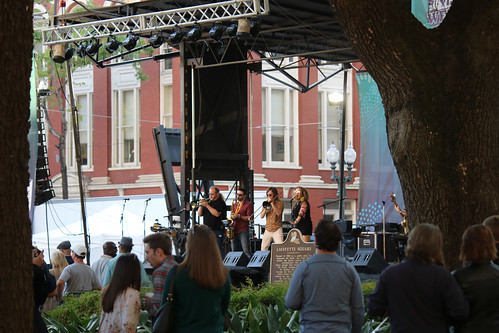 Many Americans have found a new way to show American troops serving in Iraq since 2003 that they still care and that these servicemen and servicewomen haven’t gotten lost in the shuffle.

“When I toured Iraq in 2005, I realized that even doing something little to express our gratitude can go a long way,” said country music artist Aaron Tippin, national spokesperson for the Armed Services YMCA (ASYMCA).

“These people are fighting for our freedom-the least we can do is show our appreciation,” he said.

Send A CD To A Soldier

Americans can show their support through the Send a CD to a Soldier program. By visiting www.sendacdtoasoldier.com, you can donate a copy of Patriotic Country 2, to be included in care packages and distributed to the troops by ASYMCA.

ASYMCA programs help families of service members cope with the realities of military life by offering support services such as child care, vocational training and health and wellness assistance.

“One of the hardest things a service member will ever do is leave his or her family,” explained retired General Norman Schwarzkopf, who commanded the troops in Desert Shield and Desert Storm.

“I found that knowledge of their families’ health back home contributed significantly to the military readiness and preparedness of the soldiers,” Schwarzkopf added. “It was the soldiers who were most preoccupied with their families’ well-being who were least able to focus on the job at hand.”

ASYMCA, he said, provides the kind of support our military personnel and their families deserve.