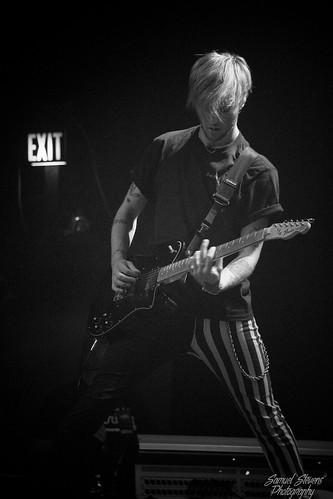 Jazz music has evolved to the point where basic signature of the style has minimized into an influential element. For example, the Jazz music of the 80’s electronica music of IDM which stand for Intelligent Dance Music where such artists like Bjourk is known for. The drum and bass is another form of electronica that does not use the typical improvisation that is one of the key elements of Jazz music. In fact, this is not thought of as Jazz music at all, but a style that was influenced by Jazz music.

Musicians of the electronica age were St. Germain, Jazzanova, Portishead, Apex Twin and more who used live Jazz music to beats. The Cinematic Orchestra and Julien Lourau from Europe’s France were very successful with this style of music. However, those musicians who master keeping the traditional Jazz music combined with new elements are the most loyal to the style from which it came. In the millennium, Jazz elements became a part of the American Pop scene with the artist Norah Jones, and Christina Aguilera, Amy Winehouse.

There are skeptics who do not believe the music should be called Jazz. However, Christina Aguilera’s Back To Basics album used Jazz brass instruments with urban beats. Jazz music according to the National Public Radio filed a report stating that the music is becoming more popular with the public regarding the interest of the buyers of jazz music.

Rhythm and Blues music is a product of Jazz music that describes funk and soul. The musicians who successfully made their mark with this sound of jazz, boogie-woogie gospel, bebop and blues reinvented R&B into contemporary styles. Artist such as Robert Palmers, Jerry Lee Lewis, Fats Domino, Prince, Michael Jackson, Whitney Houston, Janet Jackson, Keith Sweat, Mariah Carey, En Vogue, Guy, Jodeci, Mary J. Blige, Levert, Teddy Riley, Justin Timberlake, Aaliyah, Missy Elliot, Lauren Hill, Brian McKnight, Jimmy Jam and Terry Lewis are a few of the many people who’ve made this music popular. Later on Pop artist like Pink, Britney Spears and Gwen Stephani used R&B musical elements in their songs. The wheel of the evolvement of Jazz music keeps turning into new styles, yet turns back at different times toward the root where it began.

Those who were in favor of the traditional Jazz music feared that the essence of Jazz music would be lost among all the new innovations. Free thinking in the world of Jazz caused a division between the modernist and traditionalist. The world of Jazz music has changed to the point where Jazz once the leader turned into an element included in today’s works of art. Nevertheless, nothing in the traditional Jazz music has changed, but the radios have extended their repertoire to include all the styles of music with jazz elements.

The array of Jazz music is present in the Jazz fests who played music with African elements that did not sound like Jazz music. One thing we all should look out for is the musical elements in Jazz that stand out such as the complex rhythm, and the chromatic chordal harmony or chord progressions typical for the Jazz Music.