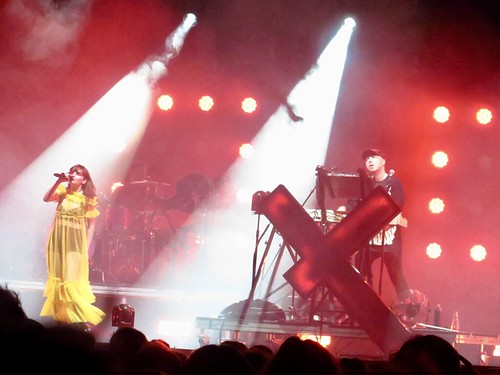 I used to tell people I met on airplanes or at parties that I wrote about jazz for a living. Once they got past wondering just what type of “living” that amounted to, they’d smile and say, “I love jazz,” then pause, adding, “But I don’t know that much about it.”

They were leery, thrown off by chart-and-graph references to jazz’s development — stuff like how ’40s swing begat ’50s bebop, which gave rise to ’60s free-jazz and all that. As if there was a textbook (well, actually some critic friends of mine are writing one, but that’s another story) and there might be a test, you know. Not to mention the political squabbles: why swing was king or bop the thing or how ’70s fusion killed it all.

Or maybe they’d been put off by all that technical talk: flatted fifths and extended chords and the numbers behind swing’s rhythmic propulsion — like it was rocket science or something.

Then there’s the cult aspect: those older guys bending and swaying at the back of the club, making like Jewish elders swaying to an fro at temple, or the generalized bowing down before deities such as Louis Armstrong and Charlie Parker and John Coltrane (not to mention the infighting about just who deserves saintly status).

Thing is, jazz isn’t any of that — and is all that. Appreciation requires no previous knowledge, yet continued listening offers all constant enrichment. The technical aspects of jazz’s musical achievements have both the beauty and complexity of higher math: And the music has genuine religious heft, owing to both time-honored spiritual traditions and in-the-moment meditative thought.

I can’t give you a 12-best list, or tell you that what follows tells the story in full. But the following list expresses lineages of thought, instrumental technique, rhythmic ideas and group conception. The dots are easy to connect, the names clearly indicated and the sounds unforgettable.

And this list is like those sponge toys that, placed in water, magically grow overnight. Listen, and you’ll find expansive knowledge easily absorbed, not to mention natural links to many more artists and recordings.

Listen Hot Fives And Sevens
Artist: Louis Armstrong
Release Date: 1925
To tell the story of jazz without Louis Armstrong up top is to cut off the head of the living organism that is jazz. Armstrong was a giant of a trumpeter, he was an influential singer and perhaps most important, he transformed jazz from a strictly instrumental music into a complicated blend of solo and ensemble sound. In that sense, nearly all the 20th century jazz that followed flowed from the innovation of these recordings. Over the course of these sessions, you can hear the transformation in process, from traditional New Orleans collective style to a different blend, with the clarion call of Armstrong’s horn pointing the way.

Listen The Art Tatum Solo Masterpieces Volume 1
Artist: Art Tatum
Release Date: 2001
Any one edition drawn from this eight-CD set will do. And any one is enough to give a sense of the enormity of Tatum’s genius and its far-reaching effects on all the music that followed. Tatum simply played more piano — got more out the instrument — than any other musician. He was a direct link from the whorehouse piano men to the classical soloist. Here, late in life, he plays song after song and, beginning with “Too Marvelous for Words,” he builds each one into a concerto of melody, harmonics, and improvisation that set the bar high and establish the logic for much of modern jazz.

Listen The Carnegie Hall Concerts: January 1943
Artist: Duke Ellington
Release Date: 1943
Little in jazz compares with the majesty, finesse, integrity and spark of Duke Ellington’s bands during the ’40s. It was a moment when jazz straddled two functions as it never will again: it was popular music, reflective of the nation’s heart and mind, and artistic revolution, charting new waters. In Ellington, as perhaps in no musician other than Louis Armstrong, jazz had a leader who understood both drives. It was a dream of Ellington’s to play Carnegie Hall, and it anticipated the Lincoln Center achievements of Wynton Marsalis today. This recording contains both shorter tunes (marvelous miniatures of great scope) and Ellington’s more ambitious, longer-form work “Black, Brown, and Beige.” There are stellar solo statements by players including saxophonists Ben Webster and Johnny Hodges, but really, it’s the brilliant cohesion of the full band and Ellington’s overall vision that makes this music timeless.

Listen Tomorrow Is The Question
Artist: Ornette Coleman
Release Date: 1959
Ornette Coleman’s music has always leaned on tradition — listen to some Charlie Parker and you’ll hear echoes of it here — distilled into something new and pointed straight toward the future, or curled up like a quizzical phrase. Here, Coleman’s title begs both ideas. And the music announced his pianoless quartet setup: the harmonics of chord changes alone would no longer confine Coleman’s music, replaced by his own personal science bent on liberation. The way Coleman and trumpeter Don Cherry shadow each other’s lines and exchange ideas, the process sounds closer to pure joy than hard science. Nearly a half-century later, it still sounds fresh.

Listen Alone In San Francisco
Artist: Thelonious Monk
Release Date: 1959
The hippest, most addictive thing I got turned onto in college was Monk’s music. I’d never heard anything like it, and it opened up a whole new idea for me of how the piano could sound and of what music could do: his compositions, his every arpeggio or tone cluster, contained math, R&B, Abstract Expressionism and slapstick humor. I went on to discover a world of jazz musicians, all touched directly or indirectly by Monk, but none who sounded quite like him. And though Monk recorded quite a few notable albums leading stellar bands, though his music led others to play with a special insight and cohesion, it’s Monk alone at the piano that I crave: Straight, no chaser. Here, early in his career, by himself, Monk transforms San Francisco’s Fugazi Hall with the unique architecture of his piano playing. This isn’t what all of jazz sounds like: It’s what the world of jazz after Monk looks like.

Listen Bill Evans Trio: Sunday At The Village Vanguard
Artist: Bill Evans
Release Date: 1961
There’s plenty of religious, folkloric and literary evidence to support the idea that three is a magical number: Bill Evans’s trio might be jazz’s mightiest argument for that case. Evans was one of jazz’s most lyrical pianists, and he’s at his best here. But it’s the nature of this trio that elevates most of all: neither Evans nor bassist Scott LaFaro nor drummer Paul Motian stick to customary roles. And in the three-pointed cheese slice of a room that is the Village Vanguard (the closest thing to sacred space remaining in jazz today) the music takes on a prayer-like quality.

Listen Live Trane: The European Tours
Artist: John Coltrane
Release Date: 1961
By 1961, Coltrane’s soloing style — the free flow through chord changes and scale-based improvisations that critic Ira Gitler dubbed “sheets of sound” — was his signature. His band concept was similarly bent on expanding boundaries and explosive energy. Coltrane may have laid down some of jazz’s most memorable studio sessions, but there’s really nothing like him caught live. These tracks, drawn from a three-LP set, find him in two powerful contexts over the course of four years: in a 1961 quintet including Eric Dolphy on alto sax, flute and clarinet; and fronting his classic quartet at concerts in 1963 and 1965. The fire and especially the communion between Coltrane and drummer Elvin Jones on the later material is a thing to behold.

Listen Spiritual Unity
Artist: Albert Ayler
Release Date: 1964
The first release on Bernard Stollman’s ESP label, this is the session that pushed Albert Ayler to the forefront of jazz’s avant garde. He remains a touchstone for any open-minded musician wishing to explore the sonic possibilities of a given instrument, to exploit the aggregate effect of any small group and to mine the spiritual heft of musical expression. To some, the arsenal of sounds Ayler coaxed from his saxophone — screams, squeals, wails, honks and a mile-wide vibrato when he felt like it — represented newfound contortions of sound; to others, they harked back to early jazz evocations, like Sidney Bechet’s soprano sax. Ayler’s appeal anticipates the current axis that connects punk rockers to free jazz: He took the simplest of song structures and turned them into the most complex of visceral splatters. His “Ghosts,” here rendered in two versions, will truly haunt you.

Listen Afro-Cuban Jazz Moods
Artist: Dizzy Gillespie And Machito
Release Date: 1975
Back when I edited a jazz magazine, I’d find regular annoyance with writers who thought Latin jazz was a tiny sidebar to American jazz. Jazz is many stories, a central one being the African Diaspora. The music of Latin America, South America and the Caribbean are cousins to American music (and they contain some rhythmic secrets we’ve forgotten, I’d say). Cuba in particular has a special musical relationship with the United States, and trumpeter Dizzy Gillespie was one among jazz’s ranks who honored that truth with depth and style. Though Dizzy made his Big Cuban Bang decades earlier, this 1975 session finds him with the famed band of Frank “Machito” Grillo, featuring the great Cuban trumpeter Mario Bauzá. Composer/arranger Chico O’Farrill’s “Oro, Incienso y Mirra” is as modern a fusion of cross-cultural ideas as you’ll hear today.

Listen Raining On The Moon
Artist: William Parker
Release Date: 2002
Born in 1955 [ck], William Parker is just a bit older than the music we know as free jazz. Some say that that musical revolution is dead: They’re wrong. The most vital life signs are found on Manhattan’s Lower East Side, and at the center of this scene is the loud, insistent sound of Parker’s bass. He is something of a father figure, dispensing life lessons as well as musical wisdom, much like legendary bandleaders Duke Ellington, Art Blakey and Charles Mingus. Among Parker’s many bands is the quartet he leads here (with Leena Conquest adding soulful vocals). Among the deep connections he shares is the one you can feel powerfully throughout this music, with drummer Hamid Drake.