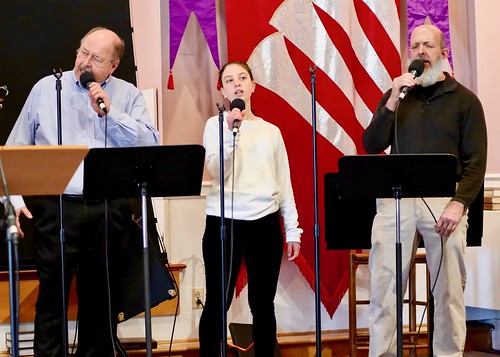 While this may not be the ideal forum for a rigorous scholarly discourse on the etymology of the term “jam band,” a definition is certainly in order. Indeed, some observers have suggested that the groups encompassed within this broad(ening) umbrella are unified less by their sounds than by their supporters. And while a grassroots commonality exists among fans of the circuit, there are musical similarities among the bands as well: they embrace improvisation as a performance ethic and, more importantly, they are unified by a penchant for bending and blending established genres. The performers listed below cannot be neatly sequester into bluegrass, jazz, blues, funk or electronica camps — they are all of these at once.

This disc offers a tantalizing, protean take on the group’s “world soul.” While half the current band (vocalist Mike Mattison and keyboard player/flautist Kofi Burbridge) was not yet in the fold for this 1997 release, the enduring rhythm section of Yonrico Scott and Todd Smallie lays it down with verve. Trucks redefines the context and parameters of the slide guitar throughout. Highlights include versions of John Coltrane’s “Naima” and “Mr. PC,” as well as the band’s own “Evil Clown” and “Out of Madness.”

Since the Jammys debuted in 2000, the annual awards show and celebratory concert has embodied improvisation by pairing musicians with minimal (or no) prior rehearsal time. Despite the occasional implosion, the ensuing spontaneous collaborations are often inspired. This collection, drawn from the 4th annual show, weighs towards the latter result with Dickey Betts, Assembly of Dust and Edie Brickell joining in for two of Betts’ classic compositions (“Blue Sky” and “Ramblin Man”), Slick Rick melding with the Disco Biscuits for his “La-Di-Da-Di” and the Harlem Gospel Choir appearing with Soulive (featuring Maktub vocalist Reggie Watt) for a rousing version of “Stop Messing Around.”

For many years Leftover Salmon was Colorado’s definitive polyethnic bluegrass amalgam. (And then the String Cheese started to age…). Here, Leftover offers a collection of lively originals and traditional covers that occasionally, affectionately eschew tradition. While Ask the Fish conveys the group’s spirited irreverence (“Festivaaal!”), it’s also worth noting that the late Mark Vann was a two-time winner of the Telluride Bluegrass Festival’s annual banjo contest, and his peerless picking helps make this early live album a showcase for the band’s technical proficiency.

The Slip bridges the bounds between jazz and pop aesthetics, with results that are occasionally abstruse yet often sublime. This release, a 2005 Jammy Award nominee for Live Album of the Year, presents the band in fine fettle at Lupo’s in its native Rhode Island. Tracks such as the 20-minute “Nellie Jean” demonstrate that while the trio maintains an affinity for abstraction, it never neglects the sweet spots.

Heralded as one of the progenitors of livetronica, this release finds Sound Tribe in the studio. Offered Schematics Suggesting Peace captures STS9 at a critical moment, when they transitioned away from their jazz and funk origins. The album rewards a focused listening session, as, like the band’s live shows, it’s best experienced as a series of entwined movements rather than a collection of compositions.

Galactic drummer Stanton Moore is one of those estimable players now vesting traditional New Orleans funk with a potency and primacy for a new generation. All Kooked Out! is one of the Crescent City native’s initial efforts to this end, presaging some of his later shape-shifting jazz expressions with Garage A Trois. Eight-string guitarist Charlie Hunter and “saxophonics” purveyor Skerik are Moore’s core band for these 13 tracks, which also feature fellow Galactic resident Ben Ellman and Sun Ra alum Michael Ray.

Steve Kimock is justly characterized as an heir to Jerry Garcia — and not only because the late Grateful Dead guitarist identified him as a personal favorite. The two musicians share a drive to uncover novel tones and subtle shadings in any material while utilizing a similar sense of pacing. Current SKB staples drummer Rodney Holmes and guitarist Mitch similarly angle for adventure during the quintet’s performance in an appropriate setting at the Vibes.
Weightless in Water
Artist: Strangefolk
Release Date: 2004

Since coming together in 1991, Strangefolk have fused a California ’70s folk-pop sensibility with an affinity for improv. Weightless in Water, the band’s finest effort, translates some more expansive tunes into the studio setting at a halcyon moment with co-founder Reid Genauer still in the fold (he would depart in September 2000 and form Assembly of Dust nearly two years later). Many of these offerings remain in active rotation both by Folk and AOD, including “Roads,” “Westerly,” “Valhalla,” “All the Same” and “Whatever.”

Bob Weir is not only an underappreciated rhythm guitar player, but his enduring compositions are sometimes denied their due. Nonetheless, Weir remains a vital artist as his current group, RatDog, embodies the ethos of the Grateful Dead, recasting older material while delivering vibrant new compositions. This retrospective mostly focuses on Weir’s contributions to the good ol’ GD (most notably through the live cuts, from a ’71 “Truckin” on through an ’89 “Music Never Stopped”) with a nod to recent essential RatDog (“Ashes and Glass” and “Two Djinn”).