?Internet Information Publishing And The 6-year Old Company That Made $100 Million In Sales Last Year 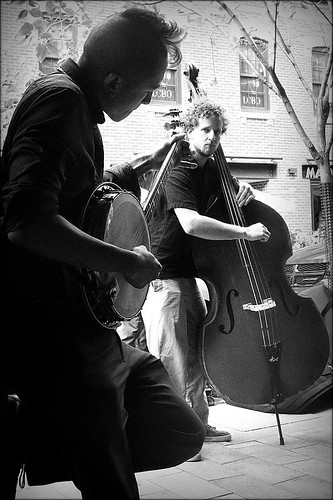 The biggest problem with hype is not that some people get to believe it. NO. The biggest problem is that most people start blocking their minds from believing real mega-success stories that have figures attached to them that are too high. Take Google for example. If you hadn’t heard of them you’d dismiss their high profits as hype – and yet the company didn’t exist 10 years ago. Luckily they are in the very public business of search engines, so everybody has heard of them.
If you believe some hype peddler and end up spending $200 on some hair-brained scheme, all that you’ll lose is a mere $200. But you lose much more from genuine high earning opportunities that you are blocked from even looking at just because the net is so full of hype and lie peddlers.
Take this company that launched an Internet Information Publishing venture only 6 short years ago. This business owns a couple of online email newsletters – that’s all. Last year they raked in $100 million in sales. This is no hype it is a documented fact and what’s more is that there are many other online publishers making millions of dollars even as you read this.
If you are a writer or are interested in going into the lucrative and rapidly growing field of Internet information publishing, there are a number of realities you need to understand. I will present them by answering 3 questions I know must be at the top of your mind right now.
Why Is There Such A High And Growing Demand For Information Online, When There Is So Much Quality Free Information Everywhere On The Web?
I have answered this question in so many articles on online writing, and I have given the same amazing example so many times now that I fear some folks out there will start getting at reading the same thing over and over again.
Still I will repeat it here because it is the truth and it is the foundation, upon which a company called Agora Publishing run by folks just like you and me, made $100 million last year.
Radio is the medium that came in before Television, it put the music industry into a great panic. Why would anybody buy music if they were able to listen to a song on the radio the whole day? No leading artist wanted his or her music played on the radio. Actually radio turned out to be the best friend the music industry ever had. The playing of songs over the radio, rather than killing demand created an almost insatiable demand for music which created mega stars who became wealthier than the wildest dreams any of them ever had – put together.
Television did the same for the movie industry and now the World Wide Web is already doing the same for the information and publishing industry.
There is a huge, huge demand for information online and what’s more, thanks to a host of online tools including keyword popularity tools, it is very easy to identify not only what information is in high demand, but you can even quantify it into a number. That is the number of people who searched a certain keyword over the last month.
What Kind Of Skills Are Required To Make $100 Million Online?
John Naisbitt author of Megatrends, wrote in his 1985 book Re-inventing the Corporation, that there are three major skills that are required in the information age. The skills are thinking, learning, and creating. Remember the acronym TLC if you don’t want to forget them. Makes a lot of sense. Information is power but it is useless if it cannot be processed (thinking) understood (learning) and then harnessed (using the information to create something useful and hopefully profitable).
Sorry I didn’t intend to go that deep, I wanted to keep this very simple.
Let me put it this way. If you have the three basic skills that Mr Naisbitt mentions (which can all be acquired and learnt online – for free) then there is no limit to what you can achieve on the World Wide Web.
It is instructive that right from the beginning Agora Publishing has put a lot of emphasis on testing. They test everything, headlines, content, ideas and so on. That is how you learn.
What If I Fail?
The saddest thing in life is not failing. It is failing to try. That’s why the saddest phrase known to man is “if only”. It is even sadder when you don’t have any excuse not to try. Before the excuse everybody used was that they didn’t have the money to go into business. Now that’s not valid anymore. Especially in the Internet Information Publishing business. It is the easiest venture to start small and slowly build up from there.