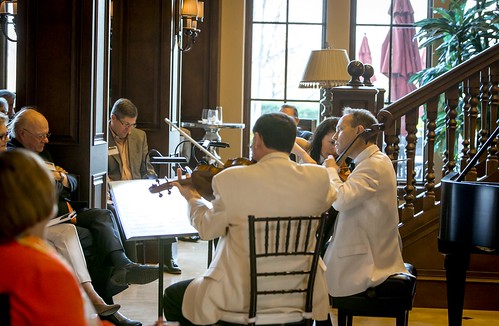 With a name like Prema LaNay (pronounced Pree-muh Luh-nay) there’s not much you can grow up and be, other than a star. Really, can you imagine writing that on a job application or signing it on doctor’s prescription?

“As a kid, I didn’t hate my name, but it was odd introducing myself to people,” admits the Atlanta-based performer whose first name means “the loved” in Indian and middle means “awakening” in Hawaiian. “It wasn’t until I got older that I understood the meaning.”

Now that her identity is secure, the eccentric singer/songwriter is indeed looking to live up to her name and give music a much-needed awakening with her Interscope records debut The PREfix.

Described by Interscope co-founder Jimmy Iovine as “a marvelous writer,” Prema got her start penning personal short stories, that eventually turned into melodies and songs. Her talents didn’t go unnoticed for long as she began writing for small independent artist. Soon after, with some encouragement from fellow studio rats, Prema stopped letting people demo her words, and started singing them herself.

“The most difficult part of that transition was putting myself up front,” reveals the soft-spoken Prema who refers to herself as a “musical actress.” “I always wrote songs in third person for other people. When I had to focus on me, I had to find my signature amongst various styles.”

Whatever struggles she had, none of them were apparent on her first project, The Pre-Album. Powered by what she calls “theatrical” R&B, the CD caught like wildfire through industry circles, with her music reaching as far as London, Japan, the Dominican Republic and Canada. Prema’s international buzz lead to her signing with Interscope in April 2007.

Already being described as a cure to what’s become a stagnant music industry, The PREFix showcases Prema’s knack for writing Oscar-worth visuals. Songs like the mind-stretching “He Beats Me” depicts a victimizing emotion while tracks like “Loving a Junkie” and “He Got Blown Away” highlight her passionate creativity.

“I want my music to make you feel like you’ve been taken to another world,” explains Prema about her penchant for storytelling. “I want it to feel like I’m giving the listener a fix. Some people have drugs for that, I want them view my music the same way.”

On second thought, Prema Lanay probably could make it as a doctor.