Independent Music Blossoms on the Internet

﻿Independent Music Blossoms on the Internet 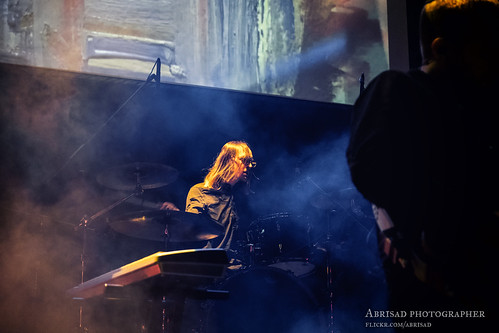 Today, the Internet provides unprecedented opportunities for independent music to find an audience. Unsigned bands and solo singers can now build a fan base that will not only listen to their music, but to buy MP3 downloads.

It’s indisputable that the Web has created a paradigm shift in the way we live our lives. We’ve come to depend on the Internet for communications, information gathering, shopping, and so much more. With the advent of what is widely known as Web 2.0, the Internet has once again shifted into what could best be summed up by one word: democratization. For example, journalists are no longer affiliated with mainstream media outlets; they’re researching, blogging, and breaking some of the top news stories of the day. Experts no longer sit in their ivory towers and publish papers in academic journals; your family members, neighbors, and co-workers are constantly refining the compendium of expertise known as Wikipedia. Throw in MySpace, YouTube, and other social networking sites, and the top-down information structure is tossed out the window, replaced by a bottom-up, grassroots movement.

The Music Industry is Reeling

Nowhere is this revolution more apparent than in the music industry. The Internet hasn’t sent the industry rockin’ and rollin’ – it’s sent it reeling. Napster, the progenitor of music sharing on the Web, is now viewed as ancient history, but the insurrection lives on. While iTunes is here to stay, some major record labels continue to resist the opportunities that the Internet provides, instead opting to distribute music only through traditional sources.

During the first part of October, these dinosaurs faced another challenge to their survival when Radiohead released their much-anticipated “In Rainbows” on the band’s website. The kicker? Fans could get online downloads for free, or pay as much or as little as they wanted. So much for the business model that the music industry has traditionally employed.

How Independent Music Finds a Voice

Prior to the widespread use of the Internet, musicians and singers had to pound the pavement, sending demos to music labels and radio stations in the hope of breaking through to the big time. Today, however, independent music can take a page from Radiohead’s playbook, and speak directly to potential listeners and fans. Indeed, specialized music sites have sprung up to showcase independent music, and to give musicians, performers, artists, and bands a platform for promoting their work. These sites offer MP3 downloads for less than the cost of an iTune, while supporting artists’ work by giving them a 50-50 split of the proceeds. This is in start contrast to the deals that music labels give even the hottest bands, which typically receive only about 20 percent of the revenue generated by their music.

From the perspective of the music fan, independent music sites are a dream come true. In the music mainstream, a tremendous amount of talent is overlooked by labels in favor of “packaged” acts that are perceived to be revenue generators. Now, thanks to the Internet, music fans from around the world can hear and experience songs that might otherwise never have found an audience.