Ian Brown – The World Is Yours

﻿Ian Brown – The World Is Yours 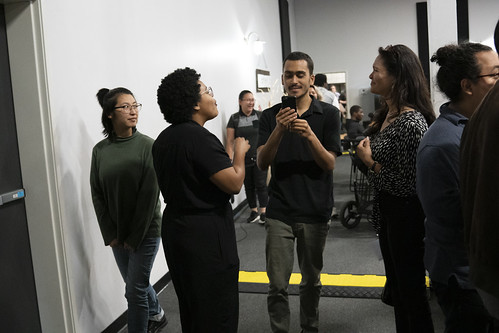 As it is well-known talented bands consist of talented musicians. But it is also known that talents of these particular musicians are not necessarily equally strong. The situation when a few people become famous at the expense of one person’s abilities is pretty typical. But while the band lives the audience grasps its members as something whole and indivisible, not always of course but if one of them messes the things up all the rest are blamed too. However, everything takes its places after the band splits and its ex-members start making different efforts as solo artists. And it is here where true abilities of ex-superstars become apparent. As a rule only one survives. So it happened to a well-known band The Stone Roses, which managed to influence a whole cohort of British brit pop and indie acts with only two albums. The Stone Roses had two bright leaders guitarist John Squire and vocalist Ian Brown. When The Stone Roses broke up in 1996 the general consensus was that it would be John Squire who should be the most successful solo act. He wrote the songs, played guitar like a god and even designed the sleeves for the albums. But as the time has shown this opinion was inaccurate. Indeed, Squire didn’t quit the music and even recorded a number of albums but the result that he has achieved during post The Stone Roses era is simply not able to hold the candle to Ian Brown’s achievements.

Cult figure
In contrast to all the other members of The Stone Roses Ian Brown used his fame, brought by the band’s two memorable albums, as a jumping-off place for his future solo career. His name is still standing in close connection with The Stone Roses but for the majority of the people Ian Brown of today is a separate artistic unit. He’s got four successful albums behind him, he has worked with many notable musicians, he regularly gives concerts in different points of the planet and in fact he is a real cult figure for many young indie rockers. Thus for example Arctic Monkeys’ front man Alex Turner has stated that Ian Brown as the band’s musical hero. In a word, Ian Brown just keeps on developing so far and the main thing is that he does it free and easy, taking his fame as a true luck. His fifth album released this year is called The World Is Yours. This is a full-fledged studio record, which proves one more time that Ian Brown knows how to keep up with times. At his 44 he still sounds amazingly fresh and even modern and of course you can always feel his perennial musical experience at that.

Professional confidence and a fresh flavor of today
Ian Brown’s good point is that he never tries to copy somebody else’s ideas, he’s got his own and fairly recognizable style and doesn’t want to change it, he simply adds new colors and observes what comes out of it. In this sense The World Is Yours takes a position of an album with a post classic sound. Brown always loved two things: good beat and massive keyboards, therefore any production exploring he used to make concerned mostly these very things. This time around the situation looks as follows: beat sound dense, velvet and not as synthesized as it was on some of his previous records. The sounding keeps the balance somewhere between good pop rock and modern Hip Hop production. It is fairly audible on the title track for instance. The keyboards remain almost unchanged but only because Brown decided to use a huge amount of orchestral instruments on this record. They sound pretty appropriate and never spoil the rock sprit. It all imparts some sort of soundtrack flavor to the record, well, at least when you listen to, let’s say, On Track you have a feeling that a helicopter with James Bond aboard is about to fly by your widow or that Frodo Baggins is going to enter your room when you have Sister Rose playing. But as it was said earlier the orchestration never kills the rock constituent of the album. The World Is Yours is probably the most proper rock album recorded with classical instruments, everything sounds really measured and balanced. The album as a whole has a very warm and massive sound, it is pretty hard to attach it to any concrete genre but saying it in simple terms The World Is Yours is a mature alternative rock with a notable influence of Hip Hop. Overall The World Is Yours is a very felicitous disc – it is both interesting and accessible, you can feel professional confidence and a fresh flavor of today. It is quite possible that it has some disadvantages too but you have to be Ian Brown’s real hater to dig them out. If you are not one of them than you’ll certainly like this album. In a word, give it a chance; it is worthy of your attention indeed.