How To Take Advantage Of Your Ipod

﻿How To Take Advantage Of Your Ipod 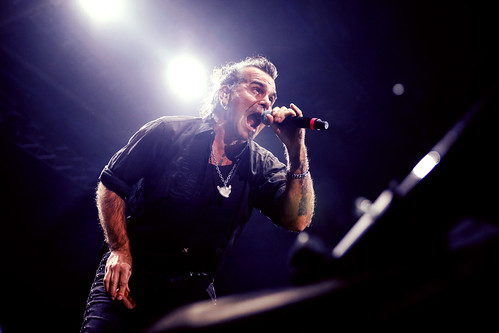 We all know what the Apple iPod is capable of. Of course, one is able to download, store and play an almost infinite number of songs on just about any version of the iPod. And for more advanced users, there are iPods capable of playing movies and videos, and can display pictures as well. Indeed, the iPod is a fantastic item for someone to bring all of their favorite songs and singers with them wherever they go. Yup, the iPod pretty neat in that regard.

So, why would you want to waste the capabilities and abilities of your iPod on stuff you already know and like?

Okay, so there’s an absolutely favorite song that you just can’t live without and must have with you at all times or else you may just die. That makes sense, so go ahead, put that song on your iPod. But, even though it’s easy, effective and enjoyable to plaster your iPod full of familiar songs, that’s incredibly boring and bland. It’s like going to a high-end car dealer to test drive a Porsche, but you pout with your arms folded because you want to drive a Tempo. What have you got to lose, besides experiencing and discovering something new?

The same principle can apply to the iPod. The iPod is designed to store songs downloaded from a computer onto it. So, take advantage of that and download and listen to every song and artist that you’ve heard of and wanted to hear. Depending on how you download music, it’ll cost you nothing, or it’ll cost you about a buck a song. If you’re paying for your downloads (good for you), set aside some money for new chances and discoveries.

Remember the old days of buying tapes and CD’s? You had to purchase the entire album in order to get the opportunity to listen to it. And, if you found that the artist or album wasn’t to your liking – or just plain sucked – well, too bad for you, because most record stores wouldn’t take the album back. Many people complained that this wasn’t particularly fair, but, hey, that’s the way it was.

Now, the technology exists to listen to just about anything you want wherever you want. So, what do most people do? Download the popular song of the day and listen to it non-stop on their iPod, even though it gets played on the radio every 14 seconds. Now, there’s nothing wrong with that at all – it’s your iPod, do what you want with it. But, the opportunity now presents itself where you can take a chance and discover something you’ve always wanted to hear, without any risk to you.

Another great thing about the iPod is its portability. If you want to really get to know and understand a particular artist that you’re interested in, you can download the songs onto your iPod and listen to them wherever you want, whenever you want. So, you don’t have to listen to small sample in a crowded record store, or listen on your computer while you’re doing seven other things at the same time. You can get the tracks on your iPod, go for a walk or sit quietly and really immerse yourself and decide if you really like the songs and singers or not.

The iPod is a tremendously convenient and fun device to have. That being said, some people aren’t really exploring the limits of their iPod because they don’t realize that the iPod is designed to play music – all kinds and forms of music.