↓ Skip to Main Content
Home › Music › How To Succeed In The Music Business. Part 2

How To Succeed In The Music Business. Part 2

﻿How To Succeed In The Music Business. Part 2 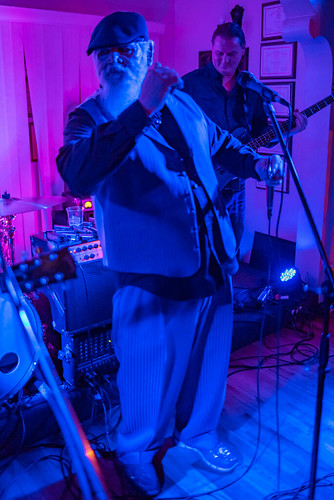 So you still wanna be a star?
Part 2

But be warned – flying in the face of convention, of what is current, is always difficult. But trends fade and die – original talent and music does not!

If you’ve recorded an album yourself then get independent feedback, both musical and technical. Friends and family will always say your music is “great” (and hey, that’s fine, you need that support). But, the person who tells you everything you do is great may be good for your ego, but they’re of no practical use at all! The harsh reality is that you need good constructive criticism from independent sources who know what they’re talking about. Okay, easier said than done, but there are publications like “Sound on Sound”, for example, who provide demo reviews.

Another tip is seek out your local recording studio and pay for a studio engineers time (or better still the studio owner if you can), just to listen to your recording. Pick their brains and ask their advice on all aspects of your recording. I did this myself and it was invaluable. You’ve got to make sure you can relate to the studio engineer and that they can relate to what you’re doing. But at the end of the day, you’re paying them just to listen and to give you the benefit of their experience. Believe me, many studios will be glad to do this when they realize you’re serious about accepting constructive criticism and you’re willing to pay the going studio rate for it. But I reiterate, ensure you find someone who has experience and some empathy with the music you’re doing.

The reason that this is so important is because often, when starting out doing a first album you wont have the knowledge or equipment to make it sound anything more than a demo. Unfortunately, so many aspiring musicians get so close to their “creation” that they fail to hear that the music isn’t as good as they think it is, particularly on the technical side!

It’s always good to remember that there are probably tens of thousands of people around the world (maybe millions, who knows?!) doing the same thing you are. There’s no shortage of home studios turning out music and no shortage of organizations, particularly on the Internet, telling you how to “Make it Big”.

So, the trick is to stand out as being ‘different from the rest’ while achieving a standard that is ‘professional’. How do I define professional? Where someone has taken the time and effort to take the recording beyond a home demo. Okay, I know that may seem a little opaque, but the truth is that it’s difficult to define, you just “know”.

Music is very subjective – we all hear different things in it, indeed, we all need different things from music to make it acceptable to us, whether as a composer or a listener. There are great musicians who are technically amazing playing various instruments but record music that is devoid of soul or passion and restricted by self imposed musical constraints. Conversely there are musicians with little or no training who can blow your mind with fabulous and inventive music because they are not constrained by formal musical training. It’s also worth pointing out that being a competent musician doesn’t make for a competent composer of music! And even a competent composer can’t necessarily imbue the composition with that special ingredient that make people sit up and take notice.

It’s also true to say that a good musician/composer is not necessarily a good studio engineer! This is a fact that in my opinion, is often overlooked. Too many composers think that because they have access to an all singing, all dancing workstation and/or computer, they can turn out a great recording. More often than not, nothing is further from the truth. Composing is a talent, and engineering an album is another, very different talent. Mastering an album is yet another, very different talent. I’m not suggesting an individual cannot do all these things well. Of course they can, with years of experience, and even then, with input from other sources.

It’s a hard lesson to learn, to be self critical of your own creations and sometimes to realize that your creation is actually far from perfect and that sometimes, the best place for the creation is in the bin and that you need to start again on another idea. But this is probably one of the most important lessons to be learned on the musical journey.

It also important to consider this one unpalatable fact. Your album may be great. It may have nice songs, be well recorded etc. etc. but it simply may not be good enough to be anything more than an inde album that sells a few hundred copies. That’s Life!

It’s a simple fact that record companies will listen to the first 20 seconds of a demo and then switch it off and consign the demo to the bin if it doesn’t make an instant impression.

That’s not just A/R men either. Some years ago, a major label had so many demos that its A/R department couldn’t handle them all so it gave piles of demos to everyone, even the cleaners to sift through. Everyone ended up doing the same thing – if the CD didn’t make an instant impression, then it was “on to the next”.

Sure, that may seem unfair, but if you’re the record label exec trawling thru thousands of demos, how would you do it? Again, I run a small inde label, so I know what it’s like.

I’m not suggesting you record your demo to send to a big label. I’m relating the story to hammer home the point that with so many people making music, all thinking theirs is “the best album ever”, that you have to be realistic – you probably have more chance of winning the UK lottery and the Euro lottery in the same week than getting a record deal!

But that shouldn’t stop you!! Your demo should be well recorded and recorded well enough that you could press it and sell it yourself. In this day and age, that’s probably the best way forward. Sure, still send copy to record labels, but also remember that record labels will be looking for a lot, lot more than just the music. They’ll be looking for experience, an image, a malleable artist and lots more besides for today’s music industry.

Your music should have an identity that stands out from the rest and it should have an emotional presence. Achieving this is very, very difficult and in truth, it cannot be taught or learned. I truly believe music either has that magic ingredient to make the listeners hair stand on end, to perk people interest, or it doesn’t. And that comes from the musician – not the production, the engineering, the mastering the record label or anywhere else – it is the defining essence of the artist.

So, what am I trying to tell you here? Well, to summarize, embark on the road of being a musician with passion and belief but accept that the chance of major success thru a record deal is virtually impossible. Understand that you must listen with open ears to what you do and learn to be critical of your music. Make constructive criticism your closest ally through people whose opinion you value and trust. And however hard you think it’s going to be to have any measure of success, realize that it will be even harder!