How To Slow Down Music – A Guitar Player’s Dilemma

﻿How To Slow Down Music – A Guitar Player’s Dilemma 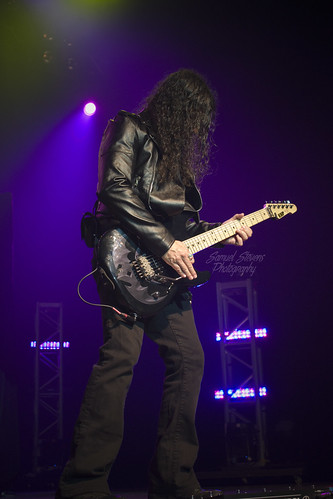 Since the early days of young guitar player’s career it is clear that practice makes perfect. As simple as it may sound, it involves a lot of time, patience and devotion in order to achieve the desired results in a timely efficient manner. Guitar students are listening to a lot of songs, doing their best to train their ear by tuning their guitar by ear, listening for the notes or even singing the notes, while not mentioning the constant practice lessons required to fine-tune their guitar skills. Everybody loves to listen to guitar solos like the ones achieved by world-wide famous guitar players such as Jimi Hendrix or Joe Satriani but few can even dream of reproducing their songs at the early days of learning to play the guitar . For this reason, the requirement and method of properly slowing down music has attracted the attention of many.

Not just once has one listened to Joe Satriani – Surfing with the alien and tried to follow the amazingly fast guitar notes. Ever thought about Joe Satriani sitting next to you and singing riff after riff so that you could follow him? Hard to imagine but now this is almost possible. Even if the great guitar player will probably not be able to sing for you in particular you can now slow down music and learn note after note in order to be able to follow some of the world’s greatest guitar hits such as Purple Haze, Metallica’s “Fade to black”, A whole lotta love and Sweet Child of Mine.

The ability to slow down music and obtain the results mentioned above is now possible with your very own computer and of course some of the major songs mentioned above or practically any other complex guitar based song, according to which one you would like to study in more detail. Having this said it is clear that you can be a better guitarist from the first day of using Riff Master Pro, the Windows Vista compatible slow down music utility created by guitarists for guitarists. By considering this feature rich application you will be able to master guitar solos faster and at a much higher pace because of the instant functions which allow you to slow down music without damaging the song’s quality and without having to change the pitch, a very important aspect when applying such a process.

The magic of playing by ear is of course possible to just about anyone because of the extreme benefits brought to every PC user by quality software designed to fit exactly the most common guitar student’s requirements. While being a great utility for guitar students, Riff Master Pro has been since long time used even by some of the most veteran guitarists for testing purposes, all credentials being excellent, according to this product’s testimonials. Not only that we managed to learn to play the guitar faster, better, more but we are also now able to train our speed and ear at both beginner and advanced levels.

The benefits of a good slow down music product such as Riff Master Pro are crystal clear to both guitar players and listeners as differences in style and accuracy of musical performance have been observed in most cases.