How to get your Music Professionally Recorded for Free

How to get your Music Professionally Recorded for Free 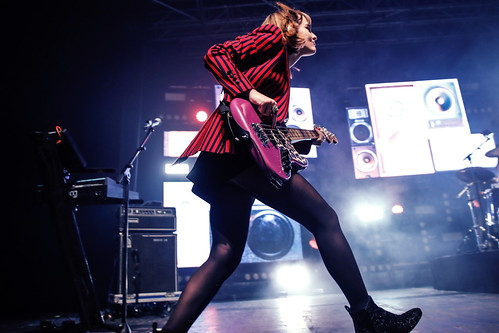 Generally, the first thing that springs to mind when you need to record a song, is to make enquiries with local recording studios. However, studio charges are generally based on an hourly rate that is often more than your day job pays you.

Once you’ve saved enough money for this excursion, there are then further worries. Unless you are a regular visitor to recording studios, you may not quite know what to expect. You may not be able to communicate your ideas for your sound clearly to the engineer, who really only understands technical jargon.

As the hours tick by, you will be under the stress of wondering if you’ll be able to complete your project before your money runs out. Artists under stress don’t generally perform well, but you won’t hear this because you’ll be out there performing, instead of listening to the performance.

If you have also hired musicians in for the session, you’d also better be a good personnel manager. The longer they have to sit around waiting to be told what to play and how to play it, the more it is going to cost you!

It is in your best interest to use a studio that is the best you can afford. But have you taken the above problems into consideration? Have you planned out your time in the studio in the fullest detail? Do you know enough about the multitrack recording process to know exactly what tracks your song needs? Are you, or your band rehearsed enough to play every track on its own, and in perfect time with all the others in the arrangement? Can your drummer play to a click track? Or do you have detailed drum parts already programmed for your songs? Have you written detailed score sheets for all the session musicians? Do you know what kind of sound they need, and what style to play in? Have you already tried out various mix ideas and sound effects at home, and know how to explain these ideas to the engineer?

If not, you will most likely end up with a recording that isn’t quite what you expected. And it will have cost you a small fortune! At best, you will get a good recording that sounds something like you thought it would. But does it sound original to you? Has it captured your unique sound, and conveyed the essence of what you are as an original artist? Does it convey the emotion of the song correctly to the listener?

There is another way to approach the recording process that will solve all the above problems, and could even get you a professional recording for FREE!

All the above jobs are part of the work that is generally done by a PRODUCER.

A producer is someone who has the experience to hear, not just the music, but the essence of what you are as an original artist.

A producer will know instinctively when you have made the perfect take, and will get you onto the next stage of the process without having to waste studio time playing back every take first.

A producer will have your whole sound in glorious 3D in their head before a single note is played.

A producer will have the technical knowledge to know how to translate every part of the process to something the engineer can understand.

A producer has a long list of business contacts who he can call upon at short notice to add whatever is necessary to make the sound you need … session musicians, arrangers, writers, synth programmers, track editors, equipment rental companies.

Although some producers will charge a flat rate for the job of perhaps several thousand pounds (or dollars!). Many work from their own studios, with their own “in-house” session musicians for a royalty plus expenses. Therefore, they become somewhat like a “record company”. They will produce a recording for any artist they see potential in, in the hope that their recording will eventually be signed to a major label and make money. Of course, in these instances, you will still have to pay the studio and session musician costs.

Sometimes they will even do the whole job for FREE, or for a minimal flat rate to cover expenses. How can they do this? Well instead of taking a royalty from your advance or sales, they take ownership of the copyright in the sound recording they make. This is fair, because, after all, they put a lot of their own money and special skills into the making of it. So what do you get in return? Of course, you get full use of the recording for your promotional needs!

Furthermore, many producers with their own studios, now also have their own record label. Wobbly Music is one such producer. Whilst you are looking for a recording or publishing deal elsewhere, or whilst promoting your record as an independent artist, your producer will have the right to sell the recording (from which you, as the artist or composer, will be paid royalties) in order to try and recoup their losses or even profit from this mutual deal.

There are now a great number of producers doing deals similar to this. It means you can have a demo made, or release your own recordings for little or no money up front, whilst still retaining the freedom to sign with whoever you wish, or remain as an independent artist. So in effect, you will have a record deal working for you to earn extra royalties in the background, whilst you concentrate on doing what you do best, which is writing and/or performing great songs!

Since this kind of arrangement may not be costing you anything, it is worthwhile trying a few different producers to see whose ideas and style of production gel best with your own view of yourself and your sound.

All producers have their own unique style, just as you, as an original artist, have yours. This “sound” can be heard throughout all their productions with various artists. Look for a style that seems complimentary to your own. In other words, don’t use a Hip-hop producer to make your records if you are a Country artist!

Many good producers have a wide range of musical skills, and may also be able to write lyrics, compose melodies, write arrangements, or even play various instruments, such as guitar, piano or drums. All these extra skills could be utilised to give your recordings an extra edge at minimal, or no extra cost.

Finally, now that you are off to find your own producer, here are some things to avoid…

Don’t rely on pictures of their studio, and lists of top quality recording equipment to tell you how good they are as a producer. Any piece of specialist equipment can be hired if necessary. A good producer can produce radio-ready recordings on even the most basic equipment, whereas a poor producer, will not achieve such good results on even the best and most expensive equipment.

Don’t sign with a producer who doesn’t make samples of their previous work available to you. You need to know what experience they have, and get an idea of the audio quality and styles that they can produce.

Don’t sign with a producer who comes solely from a DJ background. These producers specialise in remixes of existing records, or “beats”. Not in the creation of a new artist’s unique sound, or a recording from scratch.

Don’t sign with a producer who specialises in a genre of music that is totally different to yours … Unless you want to change your style to that new genre!

Don’t sign with a producer who has no creativity or commercial flair of their own. You don’t want a producer who is just going to record everything exactly as you already have it, just to please you. A good producer will see things that you have missed, and will add hooks and sounds to your songs that will attract new listeners, and interest from music industry professionals.

Don’t sign with a producer who is asking you to assign publishing rights to your songs. You want to be free to sign your songs to record companies or publishers who may be able to do more for you in the marketing or promotion of them. Once you assign the copyright of your songs to someone, they have exclusive rights to them for the duration of your contract, or even for perpetuity! All a producer needs from you, is your written permission to record your songs, and perhaps sell their recordings or release them on their own label. If so, make sure you get at least the statutory mechanical royalties (currently 6.5%) from these sales!

Don’t sign with a producer who only works with one set of musicians. Although many have their own preferred set of “in-house” session musicians, there will be times when your music wont be suited to the way these musicians play. Make sure that your producer has a wide range of musical contacts to draw from.

Don’t sign to a producer who promises to make your song into a hit record. Even if the producer has already produced several hits, there is no guarantee that your song will be a hit. Marketing gurus and sales teams make hit records, not artists and producers!

Finally, some producers may ask you to sign an exclusive contract for a certain time period (perhaps 1-5 years). These producers must also be “song-pluggers” or “promoters” who need to protect their interest in you whilst they are working to get you a deal with a major label, using the recordings they have produced. Before signing any exclusive deal, always have the contracts looked over by a lawyer specialising in the music business. Make sure, by examining the production company’s track record, that their promise of a major deal looks likely to happen within that time period. You don’t want to be wasting five years of your life whilst your best songs are sitting on someone else’s shelf, doing nothing!

If you are a Country music writer, you can go to a Nashville demo studio and get amazing sounding recordings using top Country music session musicians. If you are only pitching songs to that specific market, that is great, but every recording they produce sounds like the last.

If, on the other hand, you think your music has wider appeal, or you are a performing artist yourself, you will want to be noticed in the crowd across a wider marketplace. You need to accentuate the part of your sound that is unique to YOU. A good producer will be able to recognise that which is unique to you, and will make sure that your recordings take advantage of that.