How To Find The Best Ringtones

?How To Find The Best Ringtones 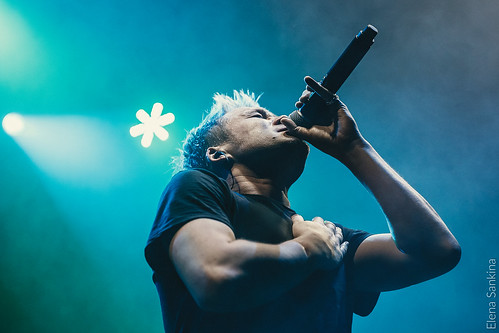 Ringtones originally were a take-what-you-get feature associated with the purchase of a new cell phone. Currently, phones come with an assortment of built-in ring tones, with capabilities to store countless more.

Cell phones have become an extension of our individual persona, and as such are a billboard of self expression. Just as someone might decorate their home for individual national holidays, so will they upload ringtones appropriate for certain times of the year. Accordingly, cell phone providers offer music fitting for a particular holiday on their websites.

With popular services such as the iTunes online store, any Top 40 pop song can become a personal ringtone for $1.98. In addition, when a song is downloaded from iTunes to be used as a ringtone, it can be also be stored on a PC as an mp3, eliminating the need to pay for the song twice.

Cell phone providers also occasionally offer ringtones based on the demographic of the cell phone network area. A cell phone company in the southern U.S. such as Southernlinc might offer songs popular for that region. One such song, (featured by Southernlinc) is ‘A Country Boy Can Survive’ by Hank Williams. With Southernlinc songs are $1.49/per download unless on sale. Most songs downloaded for use as a ringtone typically cost $.99/per song and up. Sprint PCS has a wide ranging variety of songs organized in a vast catalog, and are available to purchase for $2.50/per song.

Another useful feature offered by several websites are programs with the ability to assist you in composing an original score for your phone. In addition, with the current integration of technology between prime time T.V. shows and corporate television websites online gives cell phone users the ability to download the theme song from a particularly well loved show.

Many cell phone ringtones are available to download for free from various commercial and independently owned websites. Every cell phone provider offers a link to download ringtones on the providers’ website. Some cell phone companies contract with specific artists to feature current albums or popular newly released songs. For example, Verizon Wireless currently features artists such as PHISH, Led Zeppelin, and Belinda Carlisle.

AT&T hosts a Media Mall on its website offering a plethora of musical ringtone options, featuring mostly popular Top 40 songs under the Music Tones option. Under the voice tones option one can choose “voice tones” with celebrities such as Erik Estrada telling you to pick up the phone. “Holiday Fun” is another tab under the Music Tones tab, offering Independence Day and Christmas songs. Under “Celebrity Ringers”, choosing a clip is merely a decision between which South Park and Larry the Cable Guy episode has your favorite sound clip. There are also several unique sound effects to choose from, such as a door creaking open and a crowd cheering. Each musical song chosen for purchase as a ringtone through AT&T costs $2.49/per song, while voice tones, sound effects, and polyphonic sounds cost $1.99/each.

Cricket offers a service called “Ringback Tones”, which offers a catalog brimming with options. Music can be bought for a ringtone at an average price of $1.99/per song, with an expiration date of six months, which is a stand alone feature of Cricket. The catalog options with Cricket however, are more varied than competing cell phone companies; the catalog boasts 14 categories alone from which to choose your ringtone. Among the 14 are: “What’s Hot”, “Top 10”, “Urban”, “Country”, “Comedy”. “Movies/TV”, and “Sports”.

The options for cell phone ringtones are endless. Songs can easily be purchased through the individual cell phone retailer or on any number of websites on the Internet. Your ringtone can represent your personality playing your favorite hit song every time the phone “rings”, or your favorite the time of year through seasonal song. Whichever you choose, your options are as multi-faceted as you.

*not responsible for prices quoted as they constantly change.