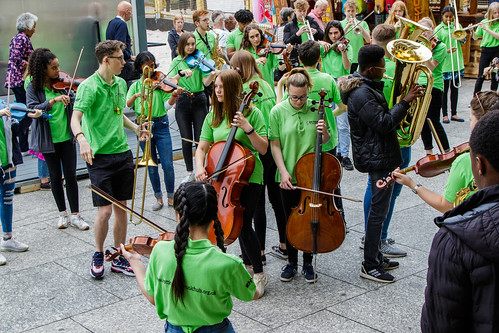 You spend five hours a day playing your guitar. You run your scales, master your legato, your two hand tapping would make EVH blush. So why is it that every time you see a band playing at a bar with a guitarist with only a smidgen of your technical ability he is the centre of attention, garnering the praise of all the punters in the crowd?

Wait a minute. Isn’t that the band that you tried out for the other week? The same band that said “don’t call us, we’ll call you”? The same band that was witness to your smoking 32nd note Lydian masterpiece solo?
Yeah it is, and you got smoked because the guitarist on stage knows how to fake being better than they actually are.

It’s not a hard thing to do. I should know, I’ve done it for years. I’m the first to admit to being an “average” guitarist (actually, I’ve been practicing a lot lately and now would call myself an “above average” player, but that is another column in the works). Despite being average, I would get a lot of people, drunken punters, other musicians, women, all approach me after shows proclaiming how good I am. Like most of my ex-girlfriends, I’ve been faking it all along. And now I am going to teach you how to do the same.

Over the next two weeks, I will share with you my five secret tips to help you Fake Being A Better Guitarist. We’ll start today with tip #1 an #2.

1. Decent equipment is a must and look professional

Sorry boys and girls, it’s time to spend some money. A picture is worth a thousand words, and when it comes to music your image is worth a thousand notes. There is nothing quite as satisfying showing up to a guitarist cattle call with your Marshall half stack on a trolley as you pass all the little Peavey Bandit combos and the like. Straight away you give the impression that you know what you are doing.

But this is not just about your amp. Guitars, effects, leads, the whole lot. This means guitar cases, if you have multiple effects a decent pedal board system set up and ready to just plug in. You need to look somewhat professional without looking like a complete tosser.

It’s even more important on stage. Standing on stage with a nice looking guitar and a cool backline is confidence building to say the least. Plus it makes you look damn sexy to boot.

This doesn’t mean spending a fortune though. I have an amazing sounding Fender Twin, but it stays at home while my Marshall AVT150 half stack hits the road with me. The half stack with my Epiphone Les Paul with classic tri-tone sunburst finish and some decent threads make me look the business.

I can’t stress this enough. An average guitarist who is an average singer will get more gigs than an awesome guitarist who sounds like a dying dolphin. It makes you are more versatile, worthwhile musician for any band if you can step up to the mic and sing as well. It makes you look like a musician, rather than just a guitarist. It’s also a hell of a lot of fun.

Of course, some people just cannot sing, and this is you then don’t try to. Be honest with yourself on this one. If you can’t sing and you try to then you just look like a fool. And looking like a fool will not make you look like a good guitarist.

A good way to improve your singing is start singing along with your favourite artists. It’s a cliché, but start in the shower / bathroom with a small stereo cranking out some of you favourite songs. The natural reverb will make your voice sound better and give you some confidence (it’s an old studio trick to feed a wet mix back to the singer as they are recording). Then progress to the car while you’re driving. It’s private and you can just belt it out while you are in between your normal routine. Then the hard part comes. Listen to some music with harmonies and try to sing the different parts. I found Alice In Chains is especially good for doing this. And finally add harmonies to songs that don’t have them.

So there are the first two tips, looking the part and learning to sing. These two things alone will make you look more like a real musician and come across as a real guitarist. Remember that being a guitarist is more than just playing well, it is a persona, a way of being. By rounding out these other facets of your guitarist personality, the way others will perceive you skills will rise dramatically. Next week I’ll look at the next three tips and by then you’ll be able to fake it just like that guitarist on the stage.