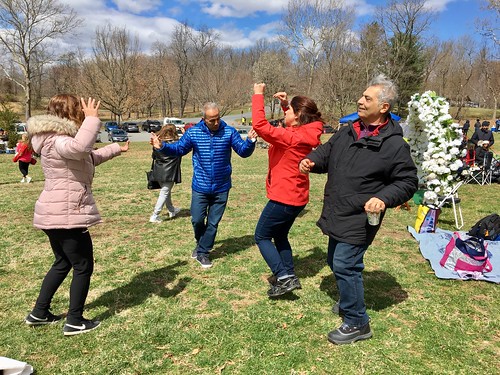 Gwen Stefani tickets offer music lovers an opportunity to see a musical star who offers style, glamour, a top-notch stage show and true, classic rock and roll and pop. Stefani, as is typical with emerging musical icons, started humbly and worked her way up to become the star that she is today, and a look at her life and career provides interesting insight into the making of a soon-to-be legend.

Stefani was born in Fullerton, California on October 3, 1969 and grew up in Anaheim, an Orange County community just down the road. She was raised in a stable home by her mother and father, and enjoyed what many would consider a “normal” childhood with her two brothers.

Stefani had always loved music, and became particularly enthralled with the punk and ska genres that were popular in Southern California at the time. She always had an effervescent personality, and would spend her days singing and dancing along to her favorite songs at home and with her brothers and friends.

As she moved into her teen-age years, Stefani joined a band named No Doubt that her brother Eric had started in 1987. She was no stranger to low-level work, though, as she spent time scrubbing floors at the local Dairy Queen and working the makeup counter at a local department store. She juggled her new band, where she was the co-lead vocalist, her jobs and her education, as she graduated from high school and enrolled at Cal State Fullerton to pursue her degree.

Stefani’s life has been touched with periodic trouble, and her first ordeal was thrown in front of her in 1987, just as No Doubt was getting started, when her vocalist partner, John Spence committed suicide. The band did not disband, but rather moved Stefani into the lead vocalist role by herself. No Doubt also added new members, including Tony Kanal, with whom Stefani would traverse through a long-term and turbulent romantic relationship.

As the band played on, their live shows became a big attraction in the local area, and it wasn’t long before Gwen Stefani tickets were a hot item on the club scene, as she was by far the most recognizable face in the band. They were making a name for themselves slowly-but-surely, and their big break came in 1990 when Flea of the Red Hot Chili Peppers recorded a demo for them that led to their first major recording contract.

Their first two albums did not sell well, but they did build familiarity with No Doubt’s sound, and that set the stage for their big commercial breakthrough in 1995, when Tragic Kingdom was released, and it reached the top of the album charts. Since then, No Doubt has released two additional albums, both of which climbed into the top ten on the charts.

Although Stefani technically remains a member of No Doubt, she has also released two solo albums, the first coming in 2004 and the second in 2006. She has managed to work her solo work seamlessly into her ongoing work with the band and her ever-expanding personal interests, which include a son with her husband, Gavin Rossdale of the band Bush. Stefani is happily married after finally ending her troubled relationship with Karal, and her star continues to shine on several fronts.

If you want to see a truly multi-faceted star who’s known for her engaging and energetic shows, Gwen Stefani tickets will introduce you to an artist who is grounded, satisfied and ready to provide an evening to remember for her fans.