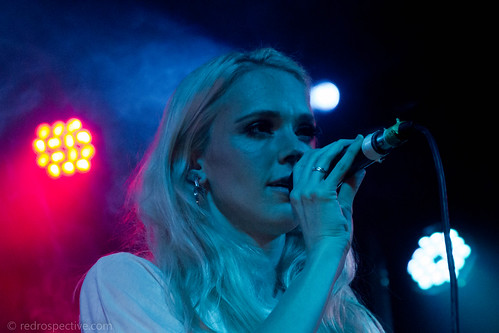 Andrew James Hymel is the owner, proprietor, and music director of Andy Hymel School of Music in Gretna, Louisiana, just outside of New Orleans. It is a success story that has blossomed from one man’s dream of music education into a consortium of teachers and students who strive for excellence and value the importance of the preservation of the arts in today’s New Orleans.

When asked about his Post Katrina experience, Hymel relied, “It was scary to reopen the school and it was like starting over, but I felt the community needed something to use as an outlet for the emotions caused by Katrina. We weren’t just rebuilding a music school; we were rebuilding the minds and souls of our students and their families.”

Andy Hymel earned a degree in Jazz Performance from Loyola

University in New Orleans, LA. At a young age, his musical talents developed from “jamming” with neighborhood musicians in the Algiers area, notably Frank Saucier, a regular solo artist at Kerry’s Irish Pub in the French Quarter. In the 80’s, he honed his guitar skills at the World’s Fair with the vocal group “Celebration” and is to this day appreciative of that opportunity.

While his music accomplishments were self-developed, his community involvement and business acumen were mostly inspired by his dad.

His father, Lloyd Hymel, is a pillar of the Algiers community and an elder of Saint Andrews the Apostle Church. He was Chairman of the West Bank Chamber of Commerce, President of the Petroleum Club and the West Bank Rotary Club, and Vice President of AMF Tuboscope in Harvey, Louisiana.

One of his brothers, Philip Hymel, is the Chief Financial Forecaster of Entergy New Orleans and recently served as President of the University of New Orleans Alumni Association. Another brother, David Hymel, is in the oil and gas business and for years organized the oil field “Chili Cook Off”; recently at Boomtown Casino and previously at Alvin Andrew Callender Naval Airforce Base in Belle Chasse, Louisiana.

Another brother, Greg, owned and operated a Zack’s Frozen Yogart franchise and is a Ginger Baker “Cream” style drummer. His is also an artist/painter and is displayed in several restauraunts in the New Orleans area. Obviously, the senior Mr. Hymel set a solid foundation for his children to excel in business and community development.

With that said, it is apparent that Andy Hymel has parlayed his strong family values and love of music instruction from a work at home business into a full blown, reputable, school of music.

Branching off from the security of working from home, Hymel first opened his school at 601 Terry Parkway in Gretna, LA, in an area commonly known as Terrytown. What started as a handful of students quickly blossomed into a full school of music with 280 students strong and has had to relocate to a larger building at 1800 Stumph Boulevard. Predominantly a guitar teacher, he also teaches piano and bass. His drum instructor, Jumpin’ Joe Gelini, graduated from Berklee School of Music in Boston, a great accomplishment considering only 2% of those who attend Berklee actually graduate. The school has a wide variety of teachers, including band directors and vocal coaches, covering several instruments and genres. Even Hymel’s high school guitar teacher from Holy Cross is on the payroll!

Mr. Hymel (not his dad Lloyd) believes that music education can start at the Pre-K level and has programs and original songs in place for the youngest of students. He also has courses geared for “Baby Boomers” as well.

In between those age groups, one of his most amazing accomplishments is that 5 of his students have received full scholarships to various schools of music and EVERY one of his 10 students who have applied to NOCCA was accepted on their first audition!

One former student begins as an understudy this fall with the Metropolitan Opera Association. Another, Alex Zander, is a published singer/songwriter. Alex is an entire story yet to be written. Stay tuned.

In addition to his accomplishments as a teacher and entrepreneur, he has written and recorded hundreds of original songs and his efforts are starting to be recognized. Most notably. the son of Clarenece “Frogman” Henry, marketing himself as Clarence “Frogman” Henry Jr. , is considering many of Hymel’s songs for his soon to be released CD.

For Andrew James Hymel this is only the start. As an unabashed Beatles fan, an admitted student of New Orleans music, and an unwavering ambassador of music education, the sky is the limit!

Whether you
listen to me or not, you will certainly hear from him.