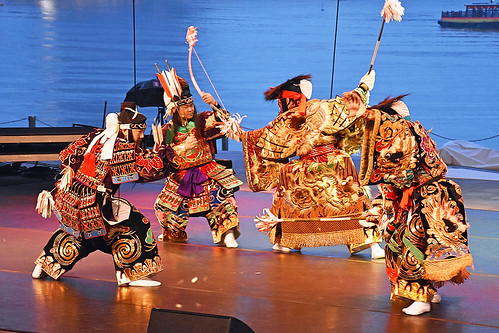 Best known for their favorable climate, relaxed atmosphere and unparalleled watersports, the Florida Keys also are havens for creative spirits that add a tremendous cultural dimension to the islands’ appeal.

The 125-mile-long island chain has a variety of cultural events and resources, from performing arts and musical shows to quality films, art galleries and literary venues.

Located on the campus of Florida Keys Community College, the 480-seat Tennessee Williams Theatre is the largest theater south of Miami. In recent years, productions have included “Porgy and Bess” and “La Cage Aux Folles,” as well as appearances by the New York City Ballet.

In Marathon, the Marathon Community Theatre operates a live theater and cinema. In the Upper Keys, the Keys Players have entertained audiences since 1978.

The intimate Red Barn Theatre, originally a carriage house, became a playhouse in the 1940s. The Waterfront Playhouse has hosted the Key West Players for decades.

In the visual arts, Keys galleries represent virtually every medium – from oils and watercolors to sculpture, metalwork, photography and pottery. Galleries include tropically themed exhibit halls, artist cooperatives and outdoor working studios in Islamorada where visitors can watch the creative process. In addition, art and craft shows flourish throughout the island chain.

At the heart of the Keys’ creative atmosphere are their literary legacies. Tennessee Williams kept a home in Key West and Robert Frost was a frequent visitor. And Ernest Hemingway lived and wrote there throughout the 1930s in a home now open for tours.

Every summer the island stages a festival celebrating Hemingway’s life and work, and every winter the Key West Literary Seminar recognizes the island’s literary appeal.