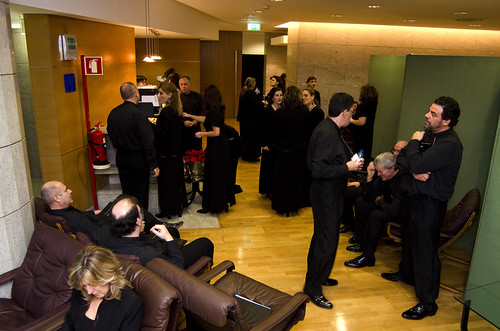 Norman Cook has experienced an exceptionally diverse musical career. He’s produced or played on records covering a multitude of genres, including indie pop, hip hop, house and big beat, and is also one of the most famous DJs in the world under his Fatboy Slim moniker.

Fatboy was born Quentin Cook in Bromley in 1983, and grew up in Reigate in Surrey.

He was heavily into music at an early age, producing a punk fanzine as a teenager before meeting Paul Heaton at 6th form college. He went to University in Brighton (he studied English, Sociology and Politics) and began to DJ around the town where the club scene was thriving at that time.

In 1985 he received a call from Heaton asking him to join up with The Housemartins to replace their recently departed bassist. The group were based in Hull, and Norman (as he was now known) moved north to be with them. They soon had a hit with “Happy Hour”, and eventually had a number one single in 1986 with a cover of “Caravan Of Love”.

The group broke up in 1988 and Cook returned to Brighton to re-invigorate his love for the club scene. He teamed up with Lindy Layton to produce a dub house classic in “Dub Be Good To Me” (a mashup of the bassline from The Clash’s “The Guns Of Brixton” and vocals inspired by SOS band’s “Love Be Good To me”) which went to number one.

Beats International had 2 albums before disbanding. Norman went on to form Freakpower with vocalist and brass-player Askley Slater, and had a massive hit with when it was picked up by Levi’s to be used in a commercial.

The following year the band had a hit with ”Rush”, and the single also contained a remix by Pizzaman – another Cook alias. He went on to produce some massive club hits in the next couple of years under the Pizzaman alias – ”Trippin On Sunshine”, ”Sex On The Streets” and ”Happiness” being particularly popular.

Freakpower continued to record albums together, and in 1996 had a hit with ”New Direction”. This track was appropriately titled as Norman had just released a record under what was to become his most famous alias yet – that of Fatboy Slim.

Norman had teamed up with Damien Harris to create a new record label in Brighton, and Fatboy Slim’s ”Santa Cruz” was to be its first release. They called the label Skint Records, and set themselves a mission to release music with massive beats big and basslines that would be equally popular in house and indie clubs alike.

Fatboy had a further hit in 1996 with ”Everybody Loves A 303”, an homage to the classic Roland synth that still sounds fresh today. He went on to release his debut album “Better Living Through Chemistry”, an album that spawned two further singles in ”Going Out Of My Head” and ”Punk To Funk” and helped to create the Big Beat genre.

The next Fatboy Slim album, 2000’s “Halfway Between The Gutter And The Stars”, showed a bit more diversity and contained tracks with R&B, hip hop and hard house influences. The big single from the album, ”Star 69” contained a big sweary vocal and a huge kick drum to send the crown mental.

Fatboy went on to release another album, 2004’s Palookaville, and a compilation album and is still one of the biggest DJs and producers in the world.