Eric Clapton – “Slowhand” Returns To The Stage In 2006 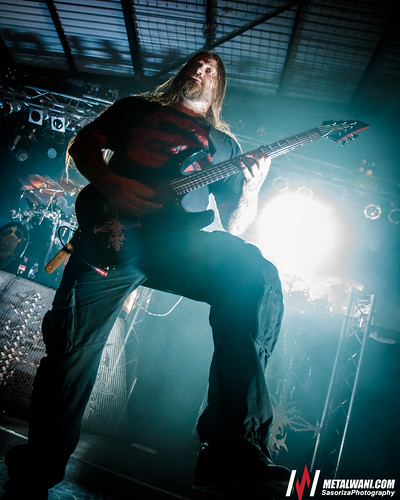 Eric Clapton, thought by many to be the preeminent guitar authority in the world, is returning to the stage in the summer of 2006. His story is one that relates directly to the decades of timeless music he has produced, and Clapton is revered by fans of several generations. His life is one of struggle and sadness, and his music is seen by many of his fans as his personal triumph over his circumstances.

Clapton was born in 1945 in England, although he didn’t really know who his parents were until later in childhood. His father was a Canadian service man who went back to Canada after World War II, and his natural mother left soon thereafter to join him. Eric was left to be raised by his grandparents, who he thought were his real parents until he was nine years old. Clapton knew his real mother as his sister, as his grandparents wanted to shield him from the stigma that came with being an “illegitimate” child.

Clapton was first inspired by music as a young teenager when he watched Jerry Lee Lewis perform on television, and his life-long love of the blues was born that day. He attended school with the intent on becoming a stained glass designer was derailed when he was expelled at 17 for playing his guitar in class. Despite what was seen as a setback at the time, the incident propelled Clapton into music full time.

Clapton proceeded to work a series of low-end jobs while continuing to learn and play the blues with his guitar. In 1963, he joined a band called the Yardbirds, which just happened to boast of three enormously popular guitarists – Clapton, Jimmy Page and Jeff Beck. The band was an instant smash hit, and they were known for their bluesy style and riveting guitar melodies. However, Clapton became disillusioned with the band’s progression towards mainstream rock and roll, and left the band in 1965.

Clapton spent the next year making the band the Bluesbreakers extremely popular, but in 1966, he decided to form his own band, naming it Cream.

Cream was one of the most recognizable and loved bands in the world, and every one of their albums was a huge hit. Cream was mentioned in the same breath as the Rolling Stones and the Beatles, and the trio recorded three albums before deciding to put together a farewell cut entitled Goodbye in 1969. There were many reasons for the band’s break up, but drug abuse and clashing egos were seen as the primary reasons.

Later that year, Clapton became a member of rock’s first “super group” when he teamed with Steve Winwood, Ric Grech and Ginger Baker. Although the band released only one album which was named after the band, Blind Faith climbed to number one on the North American Billboard album charts, and the work is still selling well to this day.

After all of his experience in highly successful bands, Clapton decided to strike out on his own, and this would prove to be an extremely wise decision. However, Clapton first had to get past his drug addiction, which was no small task. Once he had, however, he got right back into what he loved most, and released an album entitled 461 Ocean Boulevard in 1974. The album included a cover of Bob Marley’s I Shot the Sheriff, which not only experienced chart success, but brought exposure to the world of reggae that was seen as “the” boost to the genre in general.

In the past 30 years, Clapton has released 15 studio albums which have contained songs that are considered by many to be anthems more than singles, including such mega-hits as “Knockin’ on Heaven’s Door,” “Lay Down Sally,” “Cocaine” and “Wonderful Tonight.”

Bringing It All Together

The result of Clapton’s work goes beyond millions of records sold and tens of millions of loyal fans. He is the only artist to be inducted into the Rock and Roll Hall of Fame three times, has won several Grammy Awards and is known for his guitar skill in every country in the world. He has never lost his love for the blues, and continues to thrill crowds with his heart-felt renditions of his and other songs that were written over the decades, and everyone who has a chance to see him live considers it a privilege and an honor.