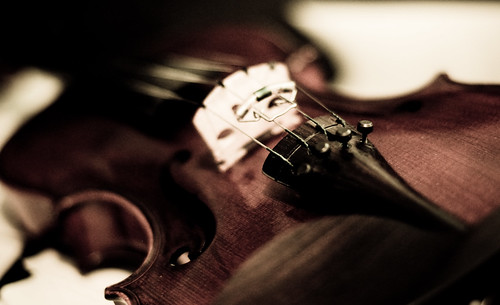 Drum kits have evolved significantly in recent decades from the classic bass-snare-cymbal combination into electronic devices that have essentially changed the way music is made. Electronic drum kits were first introduced in the early 1970’s as an innovative piece of equipment used to produce drum sounds electronically rather than acoustically. This occurs by hitting a trigger pad on the drum kit. The sounds are translated into digital waveforms from the electronic drum module and this, in turn, produces the desired percussion sound.

Beginning in the 1980’s, electronic drum kits began to see a wider fan base and it was becoming common to see bands incorporate them with acoustic drum sets. At the point of their first introduction in the 1970’s, and even into the early 1980’s, it was uncommon to see electronic drum kits used by themselves because they had not been perfected yet.

Bill Bruford of the band King Crimson was one of the first to introduce the electronic drum kit into his set. In fact, his usage of the drum kit almost completely abolished his need for acoustic drums because of the quality of his sound.

Rick Allen, Def Leppard’s premier drummer, is proof of the quality and success of electronic drum kits. After Allen lost his arm in a car accident, he had a special electronic drum kit made so that he was still able to play. Later on, he had a second kit made that would play back pre-recorded components of his acoustic drum kit whenever he struck a pad. Thus, while being new and original, the sound produced by Allen’s kit still maintained its classic acoustic sound.

Electronic drum kits have not witnessed universal success and usage. However, they were created to produce a ground-breaking sound above and beyond the capabilities of the classic drum kit. Although the preference of the majority of rock bands today is still the classic kit, the electronic drum kit has broken down the old-school barriers and have appealed to those wanting to add some creativity and vision to the world of music.