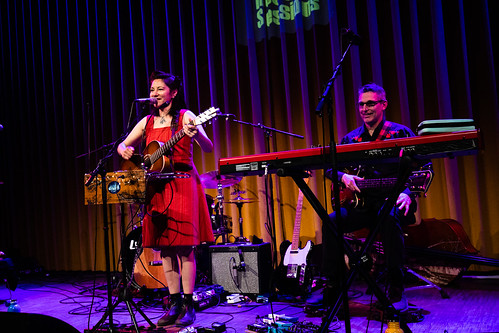 Colbie Caillat was born in 1985 in Newbury Park, California. Colbie grew up in Malibu, California where her music influence stems from her father Ken. He co- produced two of the biggest albums in history, Fleetwood Mac’s Rumors and Tusks. Ken Caillat now runs his own record label. She learned a lot about music from Mick Fleetwood and John McVie. When Colbie was 11 she wanted to pursue a serious career in music after she heard the Fugees version of Killing Me Softly. She entered her first talent show singing the song that inspired her to sign up.

With her father behind her, he offered her a big piece of advice that stick with her. He told that having a good voice is great but record labels and producers give more respect to song writers. So, in addition to writing , Colbie had to take up an instrument. She had taken piano lessons as a child but it wasn’t until she was 19 was when she learned how to play acoustic guitar.

Once she began playing the guitar, she began writing song after song. She found two great influences along the way, producer Mikal Blue and singer, songwriter Jason Reeves. After Colbie had written a few songs she played them on her MySpace page, hoping to get the word out about her songs. Her first single called Bubbly, she doesn’t quite understand why that songs seems to be a favorite with listeners. The song is described as a feel good song and with the song that people can relate to the words.

Colbie attributes the style of her music to some of her greatest musical influences like Fleetwood Mac, Steve Miller Band, Stevie Wonder, Lauryn Hill, Bob Marley and even John Mayer.

Colbie is new to the music scene and with her debut album due out this summer, she describes her sounds as folk sounds with some soul mixed in. The record title Coco stems a childhood nickname that simply stuck with her. Look for her new album in stores very soon. You may be hearing a lot more from Colbie Caillat in the future.