Classic Rock Performers Who Have Had A Lasting Influence On Music

﻿Classic Rock Performers Who Have Had A Lasting Influence On Music 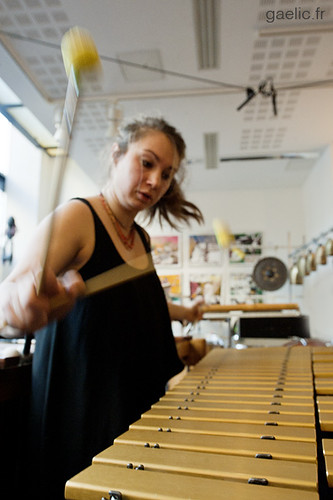 Classic rock is a fundamental part of American history. Many of today’s leading bands can trace their styles back to the influence of certain musicians. While every song made available to the world has had an impact on the music industry, there are certain performers who will eternally stand at the forefront of music.

From folk rock to psychedelic rock, there have been many groundbreaking sounds and voices. Here are the top ten most influential classic rock bands in history.

While Elvis is not traditionally viewed in the classic rock genre, it is impossible to ignore his influence on the world of Rock-n-Roll. As the first to expose mainstream America to something other than traditional family music, he faced a tremendous amount of opposition from the mainstream.

Despite the extreme racism exhibited during the 1950’s, Elvis never hesitated to give appropriate credit to his inspirations. Mainly African-American performers influenced Elvis’ sound and style. Southern radio disc jockeys originally refused to play Elvis’ singles, because they sounded “too Negro” for white stations to air.

It was not just Elvis’ sound, but also his performance, that drew controversy. The movement of his hips in a suggestive manner sparked an entire decade of debate.

Despite the firestorm of criticism that surrounded Elvis’ reign, his continuing popularity has ensured that Elvis’ crown as the King of Rock and Roll would remain valid for decades, even decades after his death.

As the best selling musical act of all-time, it is hard to deny the influence of the Beatles, not only on the musical culture of America, but also on every aspect of human life. The Beatles included John Lennon, Paul McCartney, Ringo Star, and George Harrison.

Their innovative style defined the music of the 1960’s — twice. They began their career in England, and when they came to America, they were already a huge success in the United States. In their early years, they had defined pop music for a new generation.

As the hippy days of the late 1960’s began to take hold of America’s young people, the Beatles redefined their music again, with another new style of music lauded by the masses. Their very loud stance on drug use and war made them a controversial group, but their popularity never wavered. Although the Beatles retained the loyalty and admiration of their late 1960’s audiences until the group broke up, the touring days of the Beatles ended in 1966 when John Lennon proclaimed, “The Beatles were more popular than Jesus Christ.”

Dylan has one of the most easily recognizable voices in the world. Raspy and full of passion, Bob Dylan’s sound is distinctive. His songs are amazing and defined a generation obsessed with the themes of social unrest, an anti-war stance, and encouragement for the civil rights movement.

A traditional folk singer, Dylan’s works transcended all genres and appealed to countless young Americans. His sincere lyrics spoke to many and made it possible to empathize with his many causes.

As the undisputed master of the electric guitar, Jimi Hendrix is a classic rock foundation. The self-taught guitar player refused to be limited by many of the conventional views of guitar players.

Prior to Jimi Hendrix’s development as a guitar player, the electric guitar was considered to merely be a louder version of the acoustic guitar. Hendrix embraced the uniqueness of the electric guitar and showed his appreciation for it to the rest of the world.

Easily considered the greatest band of all time, Pink Floyd’s unique style and showmanship defined psychedelic rock. Their concept albums were thematic masterpieces that appealed to countless audiences. The Dark Side Of The Moon, Animals, and The Wall each still stand out today as great Rock masterpieces.

Also known for their thematic records, The Who pioneered the idea of rock opera. Most famous for their collaborative efforts with every major musical figure of their time, Tommy The Rock Opera ensured the longevity of the band into the future.

Their success and fame were not limited to their unique approach to concept albums. Their musical skills are still highly regarded in both mainstream circles and in the entertainment industry. Their music is currently being used as the theme song for at least three of the most popular show on TV on the air today.

The Rolling Stones have easily maintained their position as one of the longest lasting bands in recording history. Like most popular rock bands of the age, they were an England-based band that was more than happy to take on America.

Their grungy unkempt image became so popular; many artists are still attempting to master it. Their unique sound and high quality lyrics have kept them at the top of the charts for almost 40 years.

Cream, featuring guitarist Eric Clapton, was one of the most technically advanced music groups of their time. Their instrumental techniques became legendary and paved the way for other bands to focus on developing their instrument techniques, in addition to their lyrics.

The Doors have always been one of the most controversial bands that had ever existed. Jim Morrison’s wild behavior set the tone for the countless musical bad boys that would follow in his footsteps.

The poetic lyrics of The Doors, as well as their outrageous behavior, made them a crowd favorite.

The road to heavy metal was paved by Led Zeppelin. Their first album was pivotal in its inclusion of distorted amplification techniques. Over the years, their experimentation included mixing acoustic and electric sounds, with the addition of synthesized melodies. The success of Led Zeppelin helped establish a strong base for the development of metal music.

Clearly, these ten bands had a significant impact on the evolution of Rock-n-Roll music through the generations, but it is more difficult to put them into an ordered list of important groups. Let’s just agree that most of us love all ten bands on this list.