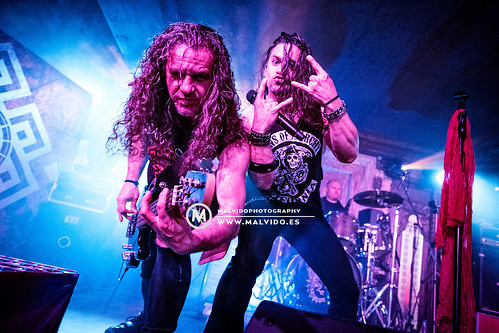 Cincinnati, like most cities these days, has a multitude of Karaoke bars to choose from on any given night. If you are ever out on a Friday night, you might want to try the Pirates Den on Anderson Ferry Rd. in Western Hills, where Cincinnati Karaoke host Robin Saint James brings her unique style of Karaoke entertainment to the public. She and her sidekick Sean Caldwell provide lots of laughs and guarenteed fun.
Robin is also a writer for local Cincinnati newspaper, and the author of a book called “Karaoke Krazy! Is This On?” The book is a humorous, satyrical, look at the Karaoke phenomenon, and also gives tips on singing and various other topics, including how to create you own television show. Here is an excerpt from the chapter entitled “What is Karaoke Anyway? “:
Several years ago, someone in Japan thought there was a need for this type of entertainment —and they were right.
In Japanese work environments, people are expected to contribute to the common good of the whole and not to draw undue attention to themselves.
American culture dictates a sense of individualism. We are conditioned to “stand out” from the crowd. But this is not so in Japanese culture, where modesty and a sense that one does not “blow their own horn” is the norm.
But we are all human and we like to get attention regardless of our cultural upbringing. In my opinion, the Japanese were more than ready to channel their hidden desire for individuality and acceptance into something “allowable.”
Singing has long been a part of the Japanese culture as it has brought them feelings of happiness. Corporate workers tend to feel a sense of relief from their fast-paced lives when they sing, so Karaoke is a natural outcome of their desires.
When whoever the Japanese genius was that created Karaoke did so, the masses were ready to jump in with both feet.
A few decades ago (in Japan), “Karaoke boxes” were created for people who wished to hear themselves sing. They were soundproof, just in case the singer was not so good. These boxes were set up anywhere the need warranted, from subway stations to street corners.
Eventually, Karaoke bars began to spring up all over Japan. It soon became so popular that there were even “Karaoke cabs” that provided people the means to sing on their way home from work! Sometimes the singers would be required to pay to sing. This became a good source of income for many business owners.
Karaoke also has practical uses for the Japanese. They like to sing western tunes and invariably they are able to learn English or other languages. It is also a significant tool regarding socialization, given that it holds no prejudice in terms of ‘good singers vs bad.’
The Karaoke phenomenon eventually spread throughout Asia and Europe, and of course, the United States.
Laser discs helped to bolster the popularity of this new form of entertainment. These 12-inch albums were first produced, as far as I know, by Pioneer Audio. I assume they were made in the same format as the 12-inch movie discs that started to become popular and then fizzled when DVDs hit the scene.
The Pioneer laser disc is really a work of art. Each and every song has its own video behind the lyrics. This entertained audiences as much as the actual singing. I had people that would come to my shows just to watch Karaoke videos.
I have to credit Pioneer for putting so much effort into their product. It was one of the reasons that my early shows were so successful. Everyone wanted to see what Karaoke was all about. To have videos on top of the singing was simply icing on the cake.
Unfortunately, other companies that eventually got into the Karaoke act and quickly found out that compact discs with graphics (words only) would work just fine. CDGs were far cheaper to produce and manufacture than laser discs and therefore far more inexpensive to the consumer. 12-inch laser discs were sold at about $130.00 per item. The smaller CDGs could be purchased for the cost of a CD. Therefore, the giant Pioneer laser disc was out and CDGs were in.
Although the giant disc era ended several years ago, I became so programmed to them, I still find myself starting shows by rolling off “Good evening ladies and gentlemen and welcome to “Laser Video Karaoke.” I am your host….”
I think it is too bad that “cheaper” won out over “better quality.” Pioneer had a good product but it could not keep producing it when other companies were pumping out cheaper versions at a fraction of the cost.
By cheaper I don’t just mean ‘without the video.’ (Albeit the video cost more to produce than the music.) The orchestration on some brands of CDGs leaves a lot to be desired. It pales in comparison to the fully orchestrated sounds of the old Pioneer discs.
Pioneer used studio musicians, the best sound technicians, the works. You could easily tell that Karaoke versions of songs were as well put together as the artist’s originals.
However, other companies were obviously using a cheaper means of getting there by simply programming keyboards to do what an orchestra once did. Thus, the demand for pioneer discs with video decreased. As far as I know, videos no longer accompany songs….
If you would like to read more, check out the Karaoke Krazy website at www.karaokekrazy.org . You can also order the book at Amazon.com.