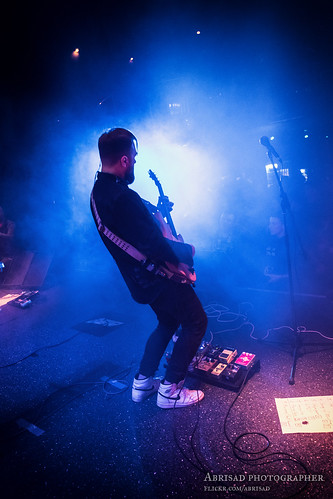 By merely listening to a track of David Bowie entitled “Changes”, Brandon Flowers realized that he wanted to be part of the music industry. He was born in Las Vegas, Nevada but was later raised in Nephi, Utah. Growing up as a member of the Church of Jesus Christ of Latter- ay Saints, he is the youngest among six siblings. With only one older brother and the rest as girls, he attributed much of his fashion style to his sisters. By the age of fifteen, he was permitted by his parents to go back to his native place and live together with his aunt.

When Brandon Flowers encountered a fellow fan in a golf course who also knew how to play an instrument, they decided to form their own group which they named Blush Response. It is a synth pop outfit that took its domicile in Los Angeles, California. Their career was short lived though, since Flowers was booted out in 2001 when he refused to change location. He did not sing for them, instead he performed with keyboards. Their original composition “The Victim” was part of the Various Artist collection called “Electricity” under the label of Ninthwave Records. However, it remained anonymous that Flowers had a role during its recording.

The event did not stopped Brandon Flowers in pursuing his dreams. When he noticed a classified of David Keuning in a local daily, he made an immediate response by contacting the number found on the advertisement. According to Keuning, Flowers was the only individual who made a reply and not a complete freak. He also said that Flowers brought along his keyboards and they started to go through some songs together. At that instant, they were able to compose a song entitled “Mr. Brightside”, which is the only track that they present in every single show they had. Since then, “The Killers” was born together with other members such as Mark Stoermer on bass and Ronnie Vannucci on drums.

Brandon Flowers with his newly established band, The Killers, had some of their early gigs at a gay drag club in Las Vegas. They were inspired by New Order’s music video for “Crystal” where they derived their identity. After the times spent in bars, word about them soon spread to the extent that they captured the attention of a British music label called Lizard King. It was that avenue where they made their entry to United Kingdom, their first tour outside the United States. Those who saw their act left unanimously enamored while their subsequent appearance at New York inked a deal with Island Records. From there, the four boys set on foot once more as they sold out their own headline shows including a full Valentine’s Day affair at ICA in London.