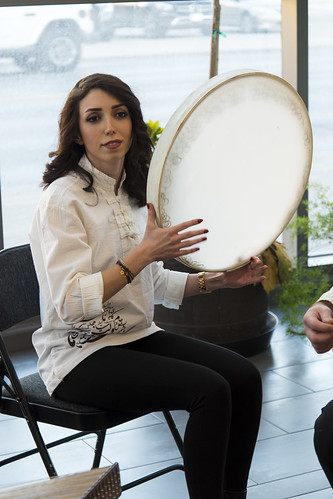 It’s always a good thing when families can enjoy outings together.
Attending Christmas plays, performances and concerts offer wonderful holiday
entertainment for all members of the family. Attending Christmas performances
and concerts offers wonderful entertainment for the entire family and provides
another way to enjoy the festivities of the Christmas season.
Families usually don’t have to venture too far from their home to enjoy a
Christmas play or concert. That’s because amateur actors, singers and budding
musicians in their neighborhood will usually take part in several Christmas
performances for local residents. These amateur but entertaining events can be
found at local schools, churches or at a community theater or performance
center.
It’s very popular for those groups to stage performances of the Nativity
story, or other Christmas related works such as ‘A Christmas Carol.’ churches
and school groups may even have a complete concert series that includes a full-
length production of a play along with choirs, soloists and the band singing
Christmas carols and other Christmas songs.
What makes local Christmas performances special is that members of the
community and maybe even of your own household can be among the entertainers.
It is therefore special to see familiar faces doing something interesting and
different. For those who are budget-conscious, the performances are usually
priced to be very affordable, therefore offering an economic incentive to go out
and have an enjoyable afternoon or evening.
Those people who are lovers of the arts and who are more interested in
seeing a professional performance will likely also have a professional
theatrical company within reasonable proximity of their residence. Professional
groups may also perform Christmas classics such as ‘A Christmas Carol’ or they
may do another dramatic production from the works of other playwrights.
Music lovers also have a variety of performances to enjoy at Christmas
time. While one can always catch various groups singing carols in downtown areas
or at malls, there are other places to hear rich, melodious performances of
Christmas music. These include concerts by acclaimed or recognized
conservatories, orchestras, symphonies and renowned choir groups.
The beauty of hearing Christmas music by these groups is in the accompaniment of
instruments and the harmonious blending of voices, which all happens in a venue
that has acoustic features to optimize the auditory pleasure of the
performances. The different components that together make the whole performance
offers a richer quality to Christmas songs and carols that may be described as
‘sounding heavenly. ‘
Another popular artistic performance that is popular during the Christmas season
is classical dance in the form of ballet, and particularly the performance of
the ‘Nutcracker’ ballet. With music written by Tchaikovsky, the story is about
a young girl who has a dream on Christmas Eve of a Nutcracker Prince and a
fierce battle with a Mouse King that has seven heads. After a fierce battle
between the Nutcracker, who leads an army of toy soldiers, and the Mouse King
who leads an army of mice, the Nutcracker is captured. But the little girl
throws her slipper at the Mouse King, hits him in the head and kills him. In the
end, the Nutcracker turns into a Prince and takes the little girl to the magical
and enchanting Land of Snow with dancing snowflakes and the Land of Sweets with
the Sugar Plum Fairy.
Attending Christmas plays, concerts or musical performances serves the basic
purpose of providing enjoyment, but it can also help young people, and even
adults, to develop an appreciation for the arts. Seeing different variations and
the creativity in performances of Christmas plays, as well as hearing different
renditions of Christmas songs, can be the first exposure that leads to a
lifelong love of the arts and maybe a dream to pursue a career in the arts.