↓ Skip to Main Content
Home › Music › Why Lyrics Are Important

Why Lyrics Are Important

Why Lyrics Are Important 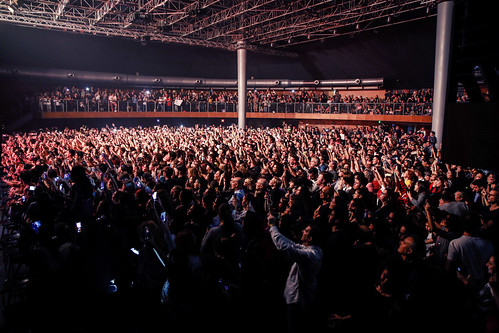 What makes a good song so appealing to the people who buy CDs and MP3 files? Is it the background beats or the guitar riffs played? Is it the voice of the lead singer or how high he or she can take his vocals to? The truth is that the most important part of most songs, techno possibly being an exception, is the lyrics, or the words of the song. The lyrics are the meat of any song, and are usually the part that is most recognizable from any song. They are an integral part of any music tune and it would be a mistake for any artist to take them lightly.

As mentioned before, the most recognizable part of any song is usually the lyrics. What this means is that when someone is looking for a song they heard on the radio, they will probably remember some key lines from the chorus. They are not, however, likely to remember a well-done guitar solo or something of that sort. While instrumental play is important as well, people usually link songs with the words inside the music. This is because words are not only much easier to remember than instrument music is, they are also easy to translate to someone else. For example, it would be much easier to find a CD if you know the words to a song than if you knew the drum beats from a song.

Lyrics are often commonly considered to be the single artistic part of music as well. While this is certainly not true from a musicians standpoint, as guitars and drums take a lot of practice and time to master, it doesn’t change the fact that many people feel that a good song must have quality lyrics. Good lyrics will relate to a person’s life and make them feel better about a bad situation. Bad lyrics will focus on trivial parts of life that really don’t matter and will have no deeper meaning to them after the song is over. Artists will find that after a while people tire of hearing the same old stuff about showing off gold chains and shaking behinds. Many music fans are looking for songs that have meanings, and this in turn means that artists need to spend more time on their lyrics.

Remember that before it was stated that lyrics are important because of how they can be recognized. This is double-fold when you consider that good lyrics in one song can sometimes single-handedly assure an artists legacy. Journey is one good example of this, as their biggest hit in “Don’t Stop Believing” is a pop culture hit that has never lost fans throughout the decades since it’s release. On the other hand, artists without a standout lyrical song will often find themselves fade out of the picture as their era in music ends.

All in all, lyrics are an important part of any song and the words are the part fans look to the most for inspiration and meaning. Artists who come up with great lyrics are usually the ones most revered long past their prime, so it is important that they focus on this part of a song!