↓ Skip to Main Content
Home › Music › What Does Madonna Really Want These Days?

What Does Madonna Really Want These Days?

﻿What Does Madonna Really Want These Days? 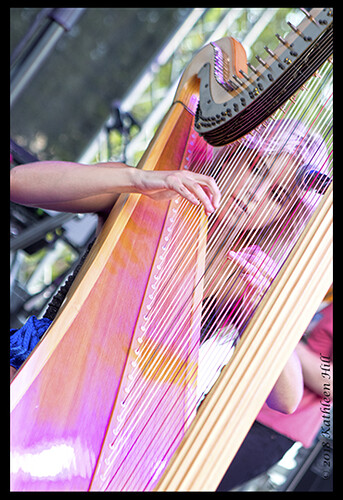 Poor is the man whose pleasures depend on the permission of another. Madonna

Madonna isn’t happy with the “boring” movie roles she’s lately been offered. Casting, she complains, sees her as the mother of a “truculent teenage daughter.” “Mom” (real life mother of two) sees herself as the truculent one. She’s that and more – this always cutting-edge artist is “frighteningly” good at being anything she wants to be.

Madonna Louise Ciccone Ritchie (born August 16, 1958), better known as Madonna, is an American pop singer-songwriter, dancer, record, film producer, actress and a fashion icon. She is a multiple Grammy and Golden Globe-award winner, known for her ambitious music videos, stage performances and use of political, sexual, and religious themes in her work. Madonna is sometimes referred to as “the Material Girl” or “Queen of Pop” in the media.

Since her debut in 1982, Madonna has released many chart-topping albums and singles, and has sold more than 200 million albums worldwide. Billboard reported that her 2006 Confessions Tour holds the record for the top-grossing concert tour by a female artist. According to both the 2007 Guinness Book of Records, and Billboard, she is the top earning female singer. Madonna is the richest female singer in the world, and one of the richest self-made women in the world, with an estimated net worth of over $850 million. On September 27, 2007, she was nominated for induction into the Rock and Roll Hall of Fame. In 2001, the Guinness Book of World Records listed Madonna as the “World’s Most-successful Female Musician”.

Madonna was introduced to the gay community while still a teenager. It was her ballet teacher, Christopher Flynn, a gay man, who first told Madonna that she was beautiful. He also introduced her to the local gay community of Detroit, Michigan, often taking her to local gay bars. It is Flynn who encouraged Madonna to walk away from her full scholarship to the University of Michigan and move to Manhattan to pursue a career as a professional dancer. Upon her arrival, some of the first people she befriended were drag queens and gay rentboys.

After the launch of her music career and her entry into public consciousness, Madonna began to solidify her reputation as a gay icon. In the 1980s, Madonna was one of the first major celebrities to lend her support to AIDS causes. Many of her friends and inspirations, such as her ballet teacher Christopher Flynn, artist Keith Haring, and photographer Herb Ritts – as well as her brother Christopher – are gay males, and some of them have died of AIDS. The song “In This Life” from her fith studio album, Erotica, is about the loss of Madonna’s (gay) friends to AIDS, containing the line, “Have you ever watched your best friend die?”

One of Madonna’s biggest hits, 1990’s “Vogue”, is a song in tribute to the underground dance form known as vogueing which first found popularity in gay bars and discos of New York City. “Deeper and Deeper,” a 1992 hit about a young man’s coming out, featured a small reprise of “Vogue”.

In 2003 Madonna kissed Britney Spears and Christina Aguilera onstage at the MTV Video Music Awards. According to Out Madonna shrugs off the attention the act garnered and her daughter Lourdes’ reaction to it (Lourdes told her mother people call the pop star gay and the girl has gained more consciousness of the gay community). “I kind of assume everything I do is going to appeal to the gay audience. I’m just a big queen… it just means I kissed Britney Spears. I am the mommy pop star and she is the baby pop star. And I am kissing her and passing my energy onto her. Like, kind of a mythological fairy tale”, Madonna stated of the incident.

Madonna has been named by The Advocate as the biggest gay icon of all time over such icons as Judy Garland and Cher. To this day, Madonna’s gay following is one of the most loyal segments of her audience. While her popularity among certain other communities (like the African American and Hispanic communities, for example) has fluctuated over the years, her gay following seems to stay strongly intact.