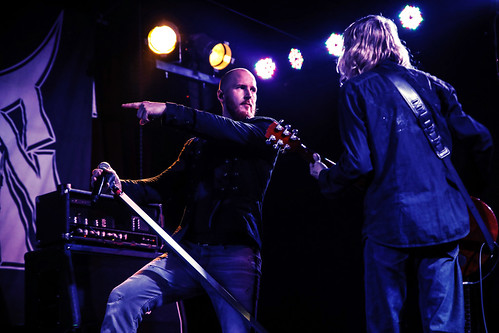 Home karaoke systems have been around for at least a decade, but with “American Idol” consistently garnering record-breaking televisions ratings and shows like “Don’t Forget the Lyrics!” and “The Singing Bee” trying to grab a piece of the action, it’s no wonder that they’re enjoying a resurgence. With everyone wanting to become the next Taylor Hicks or Carrie Underwood, and even so-so singers getting their 15 minutes of fame, it’s completely acceptable to sing your heart out in front of your friends or within the privacy of your own home.

Enter the home karaoke machine. Everyone from young children to those in middle age and beyond are picking up the microphone and crooning to their favorite tunes. When you’re in the market for a home karaoke music player, though, how do you know which to choose?

There are four main types of home karaoke music players. The first is the traditional singing machine that comes with a microphone and hooks up to your television. You insert a karaoke CD or cassette into the player and it displays the lyrics to the songs (and perhaps video) on your television. You sing along to the music using the microphone and hear the results through either the television speakers or through built-in speakers in the karaoke machine. This type of home karaoke music player is rather cumbersome and not very portable.

The second type of karaoke machine is a stand-alone model. It typically has a small black and white screen (about five-and-a-half inches), speakers, and a microphone. It may also have a small video camera built in. With these home karaoke music players, you can read the lyrics on the small screen. If you hook it up to your television and VCR, you can use the video camera to superimpose an image of the person singing onto the screen and record their performance to tape. While this type of machine can be fun for parties, the small black and white screen is a major drawback. Another disadvantage of the traditional singing machines and the stand along models is that you’re limited in the songs you can play. In other words, you have to wait for popular tunes to come out on karaoke CDs or cassettes before you can start singing them. By this time, songs are generally out of date and not as much fun.

The third type of karaoke is packaged as only a microphone. It comes with about three dozen songs preloaded, through you can also load MP3 downloads. While this type of home karaoke music player is more portable and is meant to be plugged into your television, there’s no mechanism for reading the lyrics. This means that your musical performance has to be just that – a performance where you already know the words to the songs.

The fourth type of karaoke player is among the hot new gadgets hitting the market. It can best be described as a cross between an iPod and a MP3 player. These specialized MP3 players allow you to buy MP3 downloads, load them into the player, and input the song lyrics. Then proprietary software allows you to remove the original voice track from the song and record your own voice over the music while reading a display of the lyrics.

This type of karaoke player is definitely poised to sweep the market. It’s portability is unprecedented – in essence, it’s a handheld karaoke MP3 – in that you don’t need to be anywhere near a TV in order to use it. It also has the advantage of being able to play any song – even top 20 Billboard hits.

Of all the karaoke music players on the market, the cutting edge MP3 karaoke player is the one to beat.