The Orgins Of Rap And Hip Hop Music

﻿The Orgins Of Rap And Hip Hop Music 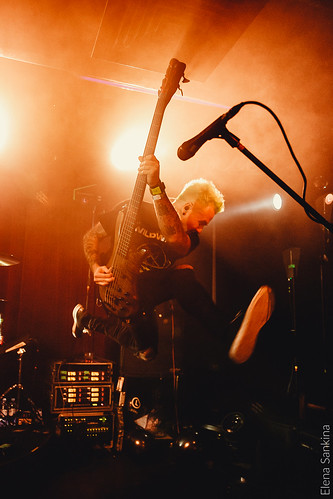 The origin of hip-hop can be traced back as far as the ancient tribes in Africa. Rap has been compared with the chants, drumbeats and foot-stomping African tribes performed before wars, the births of babies, and the deaths of kings and elders. Historians have reached further back than the accepted origins of hip-hop. It was born as we know it today in the Bronx, cradled and nurtured by the youth in the low-income areas of New York City.

Fast-forward from the tribes of Africa to the ghettos of Kingston, Jamaica in the late sixties. The impoverished of Kingston gathered together in groups to form DJ conglomerates. They spun roots and culture records and communicated with the audience over the music. At the time, the DJ’s comments weren’t as important as the quality of the sound system and its ability to get the crowd moving. Kool Herc grew up in this community before he moved to the Bronx.

During the late sixties, reggae wasn’t popular with New Yorkers. As a DJ, Kool Herc spun rhythm and blues records to please his party crowd. But, he had to add his personal touch. During the breaks, Herc began to speak to his audience as he had learned to do in Jamaica. He called out, the audience responded, and then he pumped the volume back up on the record. This call and response technique was nothing new to this community who’d been reared in Baptist and Methodist churches where call and response was a technique used by the speakers to get the congregation involved. Historians compare it to the call and response performed by Jazz musicians and was very much a part of the culture of Jazz music during the renaissance in Harlem.

Others copied Herc’s style. Soon a friendly battle ensued between New York DJs. They all learned the technique of using break beats. Herc stepped up the game by giving shout-outs to people who were in attendance at the parties and coming up with his signature call and response. Other DJs responded by rhyming with their words when they spoke to the audience. More and more DJs used two and four line rhymes and anecdotes to get their audiences involved and hyped at these parties.

One day, Herc passed the microphone over to two of his friends. He took care of the turn table and allowed his buddies to keep the crowd hyped with chants, rhymes and anecdotes while he extended the breaks of different songs indefinitely. This was the birth of rap as we know it.

Hip-hop has evolved from the days of the basement showdowns to big business in the music industry. In the seventies and eighties, the pioneers and innovators of the rap record was the DJ. He was the guy who used his turntable to create fresh sounds with old records. Then, he became the guy who mixed these familiar breaks with synthesizers to produce completely new beats. Not much has changed in that aspect of hip-hop. The guy who creates the beat is still the heart of the track. Now, we call him the producer. Even though some DJs work as producers as well as DJs (quite a few start out as DJs before they become producers), today’s title “DJ” doesn’t carry the same connotative meaning it did in the eighties. Today’s hip-hop producer performs the same tasks as the eighty’s DJ.