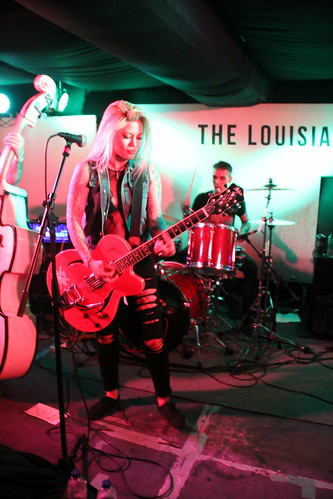 Folk rock legend Bruce Springsteen endorses Democratic presidential hopeful Barack Obama. The musician recently posted a letter on his official website that stated his support for the Illinois Senator. The endorsement was posted before a debate between Hillary Clinton and Obama in Philadelphia.

In Springsteen’s letter to fans, he said he supported Obama because he reached out to the same demographic of the USA that the folk rocker’s songs reached out to. The musician believes that Obama’s ideals and dreams for the country reflect his own. He even criticized the detractors of the presidential hopeful for taking attention away from important issues to distract voters.

Bruce Springsteen is only the most recent celebrity to jump on the Obama train. Since the beginning of the caucuses and primaries, all presidential hopefuls have received both financial and vocal support from various celebrities. While some celebrities are content to host fund-raising events or send in checks, others accompany their candidate to public outings and debates and speak out about why they chose a candidate.

The musician is known for his eloquent lyrics and soulful music that deal mostly with the problems of America. His songs have been tied to progressive politics as his lyrics express the concerns of ordinary middle class men and women to make ends meet. Known as “The Boss”, Springsteen is recognized as an icon for the blue collar demographic and it is believed that this will help Obama connect more with those voters. Springsteen also endorsed Democratic presidential candidate John Kerry in the 2004 elections.

Senator Obama has had a lucky string of celebrity endorsers who passionately speak for him and draw attention to his causes and ideals. Most notable among Obama supporters is the talk show host, media mogul, entrepreneur and philanthropist Oprah Winfrey. The internationally known “Queen of TV” publicly spoke about her reasons for endorsing Obama. She sincerely expressed her belief that Obama should be the next president.

It has been a bit more difficult for Republican candidate John McCain to get endorsements from the predominantly Democratic world of show business. However, he did manage to garner some support from celebrities. Action stars Arnold Schwarzenegger and Sylvester Stallone, actor Tim Selleck and Red Sox pitcher Curt Schilling are some of the names that support the Arizona senator.